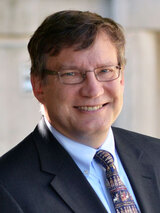 Bradley A. Smith was nominated to the Federal Election Commission by former President William Clinton on February 9, 2000, and confirmed by the U.S. Senate on May 24, 2000.

Prior to his appointment, Smith was Professor of Law at Capital University Law School in Columbus, Ohio, where he taught Election Law, Comparative Election Law, Jurisprudence, Law & Economics, and Civil Procedure. Smith's writings on campaign finance and other election issues have appeared in the Yale Law Journal, the University of Pennsylvania Law Review, the Georgetown Law Journal, the Harvard Journal of Legislation, the Cornell Journal of Law & Public Policy, and other academic journals. As a law professor, Smith was a much sought-after witness in Congress on matters of campaign finance reform, and also a frequent guest on radio and television and a contributor to popular publications such as the Wall Street Journal and USA Today.

Prior to joining the faculty at Capital in 1993, he had practiced with the Columbus law firm of Vorys, Sater, Seymour & Pease, served as United States Vice Consul in Guayaquil, Ecuador, worked as a consultant in the health care field, and served as General Manager of the Small Business Association of Michigan, a position in which his responsibilities included management of the organization's political action committee.

By Bradley A. Smith

No Money Where Your Mouth Is