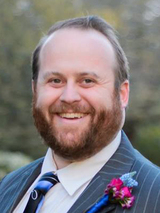 Jeremy Lott is an adjunct scholar of labor policy at the Mackinac Center for Public Policy. He is also a senior fellow at Defense Priorities and the night editor of the Washington Examiner. He is a graduate of Trinity Western University in Langley, British Columbia, Canada. Previously, he served as editor of the Labor Watch newsletter and worked for several think tanks in Washington, DC.

Lott is the author of several books and the recognized ghostwriter of the late Maryland governor Marvin Mandel’s memoirs, “I’ll Never Forget It.” He has published articles and op-eds in hundreds of newspapers and magazines, including the Washington Post, USA Today, the Guardian, Barron’s and The Detroit News. He has had chapters in books by Wiley and Oxford and appeared on Bloggingheads.tv, Reason.tv and a host of video programs, podcasts and talk radio shows.