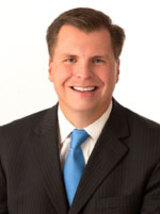 Dan Liljenquist is nationally renowned for his work on major entitlement reform.

In his first term as a state senator, Liljenquist championed Utah’s groundbreaking pension reforms, moving Utah from a defined benefit system to a defined contribution style system.  He also successfully sponsored a companion bill that ended the practice of “double-dipping”.  Liljenquist has gained national prominence on this issue and has been highlighted by the New York Times, the Wall Street Journal, the National Conference of State Legislatures, ALEC, the Mercatus Center and others.

After pension reform, Liljenquist turned his sights to Medicaid reform.  Watching a dramatic increase in Medicaid costs, from 9% of the state budget in 2001 to almost 20% in 2011, he spent a year working to bring all parties to the table. He carefully crafted a bill that fundamentally restructured the Medicaid program in Utah and saw it pass both the House and Senate without a single dissenting vote.  Under his guidance, Utah became the first state in the nation to cap Medicaid growth as it relates to the state budget.

He has received numerous national awards, including being named a 2011 Public Official of the Year by Governing Magazine.

Liljenquist has a Juris Doctorate from the University of Chicago law school.  After graduation, he joined Bain Consulting where he worked as a strategy consultant.  He has continued his business career with Affiliated Computer Services where he served as Director of Operational Strategy.  He also served as the president and Chief Operating Officer of FOCUS Services and has consulted with the Laura and John Arnold Foundation on fiscal reforms.  He ran for the US Senate in 2012 on a platform of fiscal reform and forced long-term incumbent Orrin Hatch into his first primary in 36 years.  Currently, Liljenquist is the founder and president of Liljenquist Strategies, LLC, a business strategy consulting company based in Bountiful, Utah.

He and his wife Brooke live in Bountiful, Utah with their 6 children.

How States Are Fixing Pension Problems – And Michigan Can Too