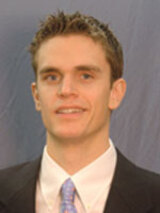 Isaac M. Morehouse is policy programs director at the Institute for Humane Studies, a Fairfax, Va.-based organization that facilitates the academic development of college students with an interest in liberty. Morehouse was the Mackinac Center for Public Policy's first director of campus leadership, working for the Center from January 2007 through May 2009. During that time, he developed and coordinated on-campus free-market educational programs for Michigan college students.

Prior to working at the Center, Morehouse served as a Michigan House legislative aide for three years, finishing his time at the House as chief of staff for a state representative. Morehouse has also helped run a small business involving telecommunications hardware and cable installation.

Morehouse’s nonprofit work includes co-founding an organization that trains students for humanitarian trips overseas and serving as president of the Kalamazoo County Taxpayers Association. He holds a master's degree in economics from the University of Detroit Mercy, and he received his bachelor’s degree in political science from Western Michigan University.

Morehouse lives in Falls Church, Va., with his wife and son.

What Is a Free Economy?

Friedman, Freedom and All That Jazz

The Internet and F.A. Hayek

Government Spending Continues No Matter What

Who is Protected by “Consumer Protection?”

Communicating Freedom to the Next Generation

Reporting the Seen and the Unseen