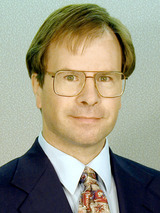 Jack McHugh is the Mackinac Center's former senior legislative analyst and editor of MichiganVotes.org, a unique Web site that puts the activities of the Michigan Legislature at citizens’ fingertips. Since the site was launched in 2001, McHugh has written or edited concise, plain-English descriptions of every bill, vote and amendment in the state House and Senate: 12,000 bills; 10,000 roll call votes; 8,000 amendments; and 2,400 new laws. These can all be searched and sorted on the MichiganVotes.org Web site.

McHugh’s experience prior to joining the Center is wide and varied. He has been a floor trader in the treasury bond and gold futures “pits” of the Chicago commodity exchanges, writer and real estate developer. He entered the Michigan political and public policy scene in 1994, spending six years as a legislative chief of staff in the House of Representatives.

McHugh has a bachelor’s degree from the University of Michigan and a master’s degree in political science from Central Michigan University (where he completed two highly relevant research projects, “Analyzing Michigan House Voting Records Using the ‘MichiganVotes.org’ Database” and “Analysis of Appropriations to Michigan’s Public Four-Year Universities, with Recommendations”).

Jack McHugh’s essays on public policy issues have appeared in The Detroit News, the Detroit Free Press, The Oakland Press, The Grand Rapids Press and many other newspapers. He is also co-author of a book on Midwest mountain bike trails.

What the Tea Party Is, Is Not, and its 'Core Competence'

Michigan's Cost of Trusting Pols to 'Do What's Right': $11.5 Billion

Tax Hike Would Fund Whose Future?

And They Think California Is a Lost Jobs Basketcase?

Governor Describes Film Subsidies as Jobs Program, so "Why Not Give Them Spoons?"

Governor Describes Film Subsidies as Jobs Program, so "Why Not Give Them Spoons?"

Government Subsidy Deal Off for Competitor to Lansing Restaurant Owners

Horse Racetracks Are Beneficiaries and Victims of State's Gambling Schizophrenia

Life is Good for State Employees

Would Tea Partiers Favor Wealth Redistribution Without the Bureaucracy?

Would Tea Partiers Favor Wealth Redistribution Without the Bureaucracy?

State Budget Deal Kicks Can Down the Road to New Guys