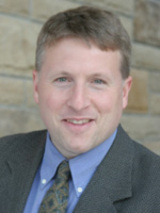 Paul Kengor, Ph.D., is an adjunct Scholar with the Mackinac Center for Public Policy, professor of political science at Grove City College, and executive director of the Center for Vision & Values. He previously was a research fellow at the Allegheny Institute for Public Policy in Pittsburgh. Kengor has published studies on NAFTA's effects on Pennsylvania, Texas, Florida, and Arizonia.

Kengor is a former research analyst for the Political-Military Affairs program at the Center for Strategic and Internation Studies in Washington, D.C. for which he still does occasional work. He is also a former Salvatori Fellow with the Heritage Foundation.

Kengor's doctorate is from the University of Pittsburgh's Graduate School of Public and Internation Affairs.

Forever With Us All: A Memorial Day Remembrance