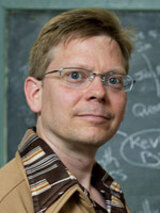 Andrew Coulson directed the Cato Institute’s Center for Educational Freedom, where he investigated the relative merits of alternative education policies. He studied the history of schooling from classical Greece to the present for his book Market Education: The Unknown History, reviewed the worldwide research comparing different school systems, and conducted statistical analyses on education tax credits, vouchers, and charter schools.

Andrew appeared on national radio and television, lectured internationally and was published in newspapers such as the Washington Post, Wall Street Journal, Canada’s Globe and Mail and Sweden’s Svenska Dagbladet. He testified before the United States House and Senate. He joined Cato after serving as senior fellow in education policy for the Mackinac Center. His first career was as a systems software engineer for Microsoft.

Coulson lost his battle with brain cancer in February 2016.

How Michigan Could Save $3.5 Billion a Year

Michigan is above average – but that’s not saying much

Is Every "Choice" a Good One?

Advancing the cause of educational excellence

Advancing the Cause of Educational Excellence

School Choice in the Empire State