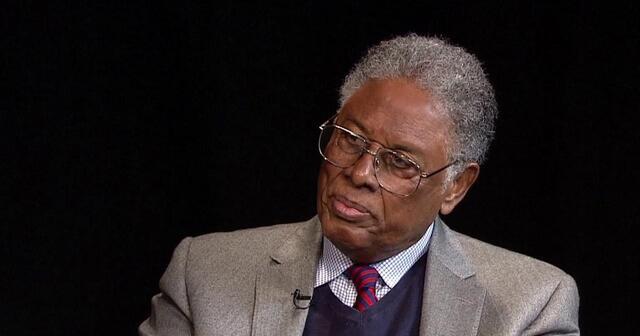 A Salute to Thomas Sowell

The great economist is retiring

When I was growing up, my family wasn’t very engaged with politics and we spent little time discussing economic policy issues. If you would have asked me when I was a kid what “economics” was, I couldn’t have given much of an answer. But my parents were avid readers of newspapers — we got two daily papers, the Chicago Tribune and the Beacon News, as well as a weekly, the Sandwich Record, covering news from my hometown in Illinois.

The economist Thomas Sowell had occasional columns in these newspapers. He, and other syndicated writers I enjoyed, led me to discover a website of writings of dozens of columnists. Very quickly, Sowell stood out. I read every article of his that I could find, and eventually, a great many of his dozens of books. His writings helped form the foundation of my political philosophy and my career.

Sowell announced his retirement at the end of 2016. The 86-year-old Sowell grew up in a low-income household in Harlem. But in his autobiography, “A Man of Letters,” he explains that despite growing up in poverty, he was able to get a good education, to which he attributes his later success.

From Harlem, Sowell went to college where he became a Marxist. But later in life, during a job working for the federal government, his economic research led to a shift in his views and he eventually rejected Marxism and became one of the great free-market economists of this generation. He was especially gifted at communicating economic principles to noneconomists — like my teenage self.

I have compiled a collection of quotes from the great man over the years. From “The Vision of the Anointed”:

One of the never-ending crusades of the anointed is for more ‘public service.’ Like so many of the special buzzwords of the anointed, this phrase does not mean what the straightforward sense of the words seems to say. Not every service to the public is a ‘public service’ in this Newspeak. For example, those who deliver tons of life-sustaining food to supermarkets are not engaged in ‘public service,’ as the anointed use the term. Neither are those who build a roof over people’s heads or produce the clothes on people’s backs. Those who perform these vital services are activated by the incentives of the marketplace, perhaps even by ‘greed,’ another fashionable buzzword that puts the anointed and the benighted on different moral planes. . . . What is crucial is that public service not be service defined by the public itself through its choices of how to spend its own money in market transactions, but defined for them by third-party elites.

Also from “The Vision of the Anointed”:

From an interview with the Hoover Institute’s Peter Robinson:

I’ve often said there are three questions that will destroy most of the arguments of the left. The first is, ‘Compared to what?’ The second is, ‘At what cost?’ And the third is, ‘What hard evidence do you have?’

No one will really understand politics until they understand that politicians are not trying to solve our problems. They are trying to solve their own problems — of which getting elected and re-elected are number one and number two. Whatever is number three is far behind.

My favorite quote of his, which hangs next to my desk and that I often use in speeches, is the following: “There are no solutions; only trade-offs.” Politicians would be wise to heed it.

A final thought from his last column:

In material things, there has been almost unbelievable progress. Most Americans did not have refrigerators back in 1930, when I was born. Television was little more than an experiment, and such things as air-conditioning or air travel were only for the very rich. My own family did not have electricity or hot running water, in my early childhood, which was not unusual for blacks in the South in those days. ... We cannot return to the past, even if we wanted to, but let us hope that we can learn something from the past to make for a better present and future.

So long, Dr. Sowell. Enjoy your well-deserved retirement. You influenced countless people, and you can count me among them.