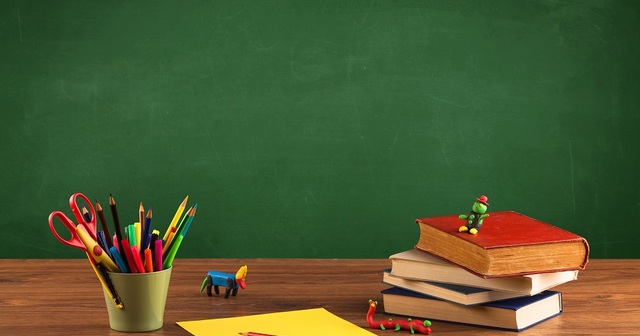 A Political Fiction that Won’t Go Away

Even as the state once again approves more dollars for Michigan schools, the notion that their funding has been cut remains a political fiction that just won’t go away. In the latest case, all three Democratic candidates for governor have based their education platforms on that claim, and all three are wrong.

Gov. Rick Snyder recently signed into law a budget that gives nearly $17 billion to the state's public schools, universities and community colleges. Of that amount, $14.8 billion (including $1.7 billion in federal funds) will go to K-12 education.

For schools, that $13 billion from the state treasury is a big increase from eight years ago, even after adjusting for inflation. The increase comes even though Michigan has about 89,000 fewer students to pay for than it did then. Yet the three Democrats who all want the keys to the state's executive office refuse to let basic facts get in the way of a good story.

“Our educational system has shown a steady decline in recent years because Lansing politicians have cut funding,” Shri Thanedar says. His rival Abdul El-Sayed similarly laments that Michigan's “public education system has been ravaged by disinvestment.”

And front-runner Gretchen Whitmer's campaign plan alleges that “over the past eight years, Republicans in Lansing have sided with Betsy DeVos to push an education agenda that included slashing school funding.”

Today’s Democratic gubernatorial hopefuls also carry on a tradition that dates back at least to their party’s 2014 candidate, plus the state’s last Democratic governor and the party’s current legislative leadership.

While it’s useful to know that the state continues to set aside more money for K-12 education, another important question is how it distributes those funds. As widely reported, the highlight of this year’s school aid budget is a sizable boost to the foundation allowance, the guaranteed minimum revenue that districts get for each student. The state assigns these core dollars to districts and charter schools based strictly on the number of students who enroll.

Media reports have done little to inform people that lawmakers increased the foundation allowance, in part, by trimming the number of dollars assigned to categorical grants. These are annual grants the Legislature makes to school districts and other local agencies for specifically designated purposes. School district officials across the state should welcome the increased flexibility the shift gives them.

Future state leaders should do more to shift funding from these grants, many of which follow political priorities rather than students, to the foundation allowance. To her credit, Whitmer prescribes redirecting more than $100 million from legislative “pet projects.”

Such change could help reverse another ongoing trend we should understand. The state's intermediate school districts have been the biggest beneficiaries of extra state revenue in recent years. In 2017, ISDs directly served about 1 percent of Michigan’s public school students (mostly in special education programs), but they spent about 10 percent of K-12 dollars. That figure doesn’t, by the way, include certain funding streams passed through ISDs for programs they administer on behalf of other units of government.

Allocating more of the state’s education dollars through the foundation allowance — attaching them to students — would help move some power from these regional bureaucracies back to local educators and to families seeking the best schools for their children. Lawmakers could take that approach without raising additional taxes.

But setting the right course toward wiser spending of education dollars also requires having a clear and accurate picture of where we have already been, especially if your case relies on claims that don’t match the historical record. Some Michigan candidates for governor have extra homework to do.