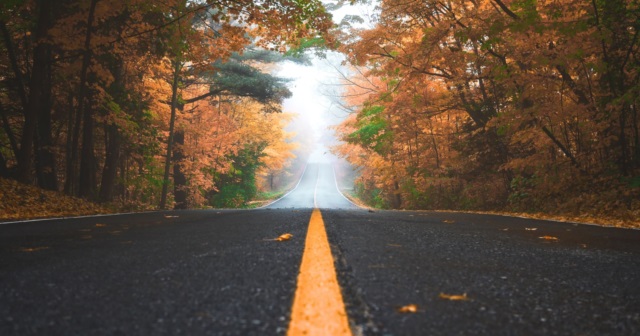 State budget officials estimate that Michigan tax and fee collections will rise in the upcoming fiscal year and the next one. The question now is whether lawmakers will use the extra money to fund what appears to be their highest shared priority: increased road repair spending. Last year’s stalemate over state road spending and taxes complicates current efforts to direct this growing revenue to roads.

Twice a year officials estimate how much revenue they expect will be collected in two of the state’s major accounts or funds — the general fund and the school aid fund. State tax revenues flow into several different funds but these two are the big ones and receive the largest share. The latest projections show these funds are expected to collect $321 million more in the current fiscal year, 2019-20, and $412 million more in 2020-21.

Lawmakers on both sides of the aisle generally agree that the state should spend more on road repairs, but the growth-generated revenue increases in those two big funds won’t go there without a fight. Two fights, actually. Using school aid fund dollars to support anything outside of K-12 schools is rigorously opposed by public school spending interests, even if lawmakers spend it on other forms of education, such as community colleges or state universities.

Nevertheless, lawmakers have several ways to redirect revenue, and they do this regularly. They can redirect tax money that goes into the SAF to unrestricted funds instead, which can be spent on virtually anything. A version of this was used to direct new revenue to roads from applying the sales tax to out of state internet and catalog purchases. They can also use some general fund money from the community colleges and higher education budgets and replace what they use with money from the SAF. That general fund money could be used for other priorities, if the Legislature chose.

The larger conflict is whether the state should use higher-than-anticipated tax collections to fund policymakers’ priorities. That sounds like the obvious thing to do, but Gov. Whitmer seems to have a different vision.

In the governor’s view, the current state of road disrepair means a tax hike is needed and any other state revenue gains should be used to increase other state spending. Moreover, when Gov. Whitmer proposed a 45-cent gas tax hike last year, nearly a quarter of the money it raised — 11 cents per gallon — would have been used to pay for other, nontransportation spending.

This is a change from the previous eight years, where tax revenue gains were consistently prioritized to road repairs. Total annual state spending rose $8 billion between the 2010-11 and 2018-19 fiscal years, a 14% rise even after accounting for inflation. State transportation funding rose 62% above inflation, from $2.0 billion to $3.6 billion. A 2015 increase in gas and vehicle registration taxes accounts for about $600 million of the annual transportation revenue increase, but the rest came from prioritizing the roads for the state’s growing revenue.

The Republican-controlled legislature sought to continue that pattern in the budget for the current fiscal year to boost state spending on transportation to $4.0 billion. The new Democratic governor used her veto power to undo that, with the result that transportation spending will actually decline $27 million this year from last. The stakes are higher this year because growth-generated state revenue will again swell state coffers. The question is how much if any of that extra money will be spent on the state’s highest priority.