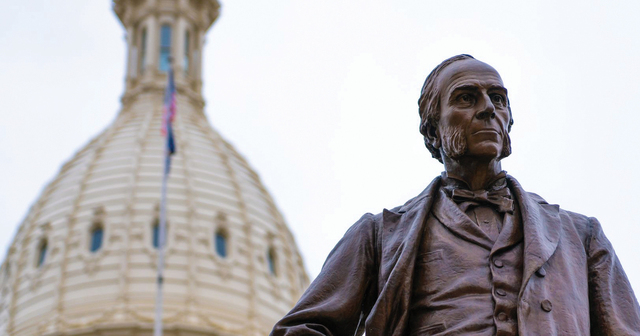 The state economy isn’t back to where it was before the pandemic. It’s down 321,600 jobs, a 7.2% loss — the 8th-worst in the country. There are 207,800 fewer people in the labor force. Total economic production hasn’t fully recovered and lags the nation. But despite these losses, tax revenues continue to increase, and the state budget continues to grow.

When this fiscal year ends, lawmakers will have spent roughly $1 billion more in money from state taxes than they did before the pandemic, a 2.9% increase. Federal money, including extraordinary stimulus payments, added even more.

The increase in state tax collections comes on top of a decade of state budget growth. Lawmakers spent $9.1 billion more in money collected from state taxes than they did in fiscal year 2011-12, a 13.6% gain above inflation. This is a substantial increase, considering that the state population hasn’t changed much over the period.

More is coming in, though it’s unclear exactly how much the upcoming budget will increase. According to the latest projections, revenue in the state’s two main funds will increase by $3.8 billion in the upcoming fiscal year. Administrators also estimate that there is $4.6 billion sitting in those two funds.

So the state collects a lot more from taxpayers than it did a decade ago, it has already more than recovered from its small losses during the pandemic, and state revenues are expected to go up.

Of course, lawmakers don’t have to spend every dollar of revenue and every dollar that’s sitting in their bank account. In fact, they probably shouldn’t.

Limiting the growth of the state budget to the inflation rate — even at the higher-than-usual rate expected for the upcoming year — would let lawmakers spend around $900 million more. Lawmakers are already going to increase spending by more than the inflation rate through the school aid budget they passed this summer, which allocates $1.2 billion more in state funds.

Between the growth in state revenue, excess fund balances and what has already been budgeted, there might be $6 billion in state funds at lawmakers’ disposal for the upcoming fiscal year, even without counting the extra federal stimulus spending. It’s unlikely that state lawmakers have ever had so much money sitting around waiting to be spent.

This surplus means that there is plenty of money to cut taxes if elected officials want to make it a priority. Reducing the state income tax rate to 3.9% would allow people to keep more of their money and leave lawmakers with plenty left over for the state budget to grow faster than inflation. Its extraordinary growth through the pandemic ought to make reducing taxes a much easier option for them.

The income tax rate would be 3.9% right now had lawmakers not cancelled a scheduled rate reduction in 2011. They may not have felt that future reductions were affordable at the time, but the state is now awash in cash.

People in Michigan have had it tough since March 2020. State lawmakers can afford to lighten the tax burden they put on them if they want. They’ve got the money to do it.