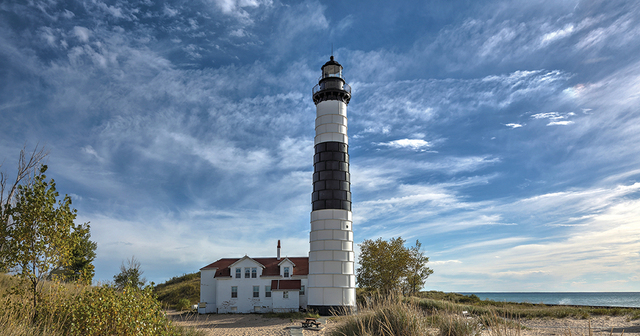 Pleasant scenery can’t make up for the fact that the Pure Michigan campaign doesn’t work to boost the state’s economy.
Publications / Viewpoints

The Mackinac Center’s evidence shows that state tourism promotion is an ineffective economic development tool. The Pure Michigan program should be shut down.

May marked the 10th anniversary of the Pure Michigan advertising campaign, which is designed to lure tourists to the Great Lake State. It is sold as a program that leads to economic development and yields more in tax revenues than it spends. But our research shows that state-funded efforts to promote tourism are a net negative. Lawmakers should defund the Pure Michigan program.

The state operates a travel bureau within the Michigan Economic Development Corporation, which has overseen the $261 million appropriated by the Legislature for Pure Michigan since fiscal year 2006. The campaign features advertisements about Michigan and is recognized for its television spots featuring beautiful scenery, a melodic soundtrack and voice-over work by beloved Michigan actor Tim Allen.

No doubt, the commercials are beautiful and award winning. The question is, are they a net economic plus for Michigan? After analyzing 39 years’ worth of tourism promotion data from 48 states, we believe the answer is a resounding no.

We created a national statistical model that attempts to tease out the impact — if any — that tourism promotion has on the industries most likely to benefit from it: accommodations (hotels and motels), arts, and amusements and recreation. It found that for every $1 million in additional spending by a state on tourism promotion, there was an associated increase of $20,000 in additional economic activity shared by the entire accommodations industry in that state.

That is not a typo. It is not $2 million or $200,000 in extra economic activity. It is just $20,000, or less than the price of most new cars. We also found that incomes by accommodations workers were not improved as a result of the promotional efforts. Although our model is national one, Michigan did not differentiate itself from the average. In other words, the Legislature’s decision to increase spending on Pure Michigan by $4 million (almost 14 percent) to $33 million in fiscal year 2016 should result in about $80,000 in new business for all of Michigan’s hotels and motels.

We were unable to measure the value of additional goods or services flowing to the arts industry due to limitations in the data we got from the federal government. We were, however, able to measure a response to art incomes. Our model found that for every $1 million increase in state tourism promotion, artists shared less than an additional $35,000 in the average state. As for amusements and recreation, we found no impact there from tourism promotion spending.

It probably won’t surprise the reader that the MEDC has claimed that the Pure Michigan program is a success. Recently the state’s jobs mandarins claimed that for every $1.00 “invested” in the 2015 Pure Michigan campaign, $7.67 in additional tax revenue flowed to the state treasury alone. This claim strains credulity for several reasons.

First, the method for determining Pure Michigan’s effectiveness is steeped in secrecy. The consultant (Longwoods International) hired by the MEDC to measure the program’s return on investment refuses to precisely show how the numbers are generated. Secrecy is, at a minimum, not a scholarly quality. It is as if the MEDC were saying to lawmakers and the public, “We are sure the company we paid $149,000 is right; just trust us.”

Second, MEDC documents obtained by the Mackinac Center show that the state agency wanted to hire Longwoods — on a no-bid basis — confident the consultant would produce positive results that would help justify continued funding for the program. An old Longwoods web page — titled “Budget Justification” — even bragged about its ability to help Colorado officials do just that.

Lastly, the MEDC has a history of buying studies that comport with its world view. Given all of this, it does not seem unfair to question the veracity of the claims being made by the MEDC or its hired gun. The MEDC simply cannot be trusted to report claims of its own programs’ effectiveness.

The Mackinac Center’s evidence shows that state tourism promotion is an ineffective economic development tool. The Pure Michigan program should be shut down. Short of that, the metrics it claims for its successes must be examined by a party not of the MEDC’s choosing.