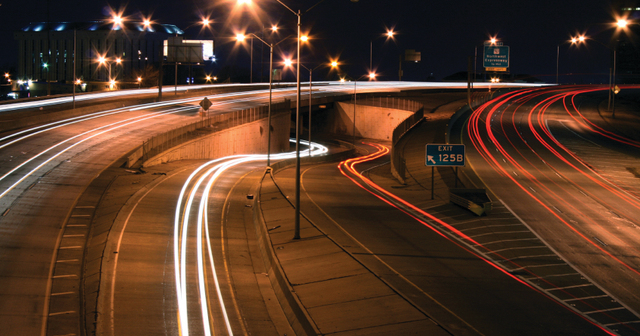 Roads have an essential role to play in economic development.
Publications / Viewpoints

One might live a lifetime without witnessing a political trouncing like the one voters delivered to Proposal 1 on May 5. The complex measure to annually devote $1.2 billion more for roads by raising taxes $2 billion didn’t just fail, it was vaporized in an historic 20-80 rout.

Some proponents of Prop 1 say they now discern a new consensus to raise taxes to fix the roads, even though that’s not necessarily the most obvious interpretation of the 60-point margin of defeat. While Prop 1’s failure may have made a tax increase more difficult, some road funding principles remain untarnished by the blowout.

It’s hard to think of a state asset more central to economic development than decent roads.

The first principle is that high-quality roads are a valuable public good that serve taxpayers’ interests. Taxpayers will pay for poor government roads one way or another — through excessive taxes, vehicle repairs or an impeded economy. Even Adam Smith, the originator of the free market’s famed “invisible hand,” did not oppose basic government infrastructure.

A second principle is that reforming inefficient road building practices must be part of any road funding deal. Repealing the prevailing wage law is a modest start. Raising the standard of quality for publicly funded road construction is also crucial.

Policymakers should also retain, and even expand, the “user fee” principle. It’s simple: Those who drive more should pay more. The per-gallon fuel tax approximates a user fee, but the state’s road tax structure should take advantage of emerging technologies, which could make pay-by-the-mile, pay-by-the-ton, or both, instant and frictionless for any type of vehicle, including hybrids. Oregon is experimenting with this, and Michigan should too.

A fourth road funding principle is that before policymakers ask again to reach further into taxpayers’ pockets, they should squeeze what they can out of current revenue to pay for roads. This means reassigning state spending from programs with lower priority to the roads until they are adequately funded (an additional $1.2 billion is probably the right number). Imposing new road taxes without budgetary offsets should be a last resort as long as lower-priority spending remains untouched.

My Mackinac Center colleagues have done more than anyone to identify more than $2 billion in questionable spending that could be devoted to roads. The Michigan Economic Development Corporation consumes hundreds of millions of public dollars, much of it disbursed as corporate welfare in a program cloaked in secrecy and whose results hardly ever match its boastful claims. A Mackinac Center poll conducted by Mitchell Research found that two-thirds of likely voters would prefer to see $350 million in MEDC spending reassigned to roads. It’s hard to think of a state asset more central to economic development than decent roads.

The final principle is to refrain from inflating the size and scope of government in the attempt to better fund roads. This may have been part of the reason voters so thoroughly denounced Prop 1 — they didn’t want a complex solution to a simple problem.

The state House plan embraces most of these principles, even prioritizing state revenue in the future for roads so that they get more resources with no tax increase. The state Senate plan increases road funding with a roughly equal mix of fuel tax increases and reprioritization of current state revenues, while offsetting some of the tax hike by ratcheting down the personal income tax over time. Either approach represents a solid start to resolving the long-lingering roads problem.

If a final compromise includes a net tax increase, free-market supporters and limited government proponents should applaud in direct proportion to how much of the total road funding package comes from reprioritizing current spending. That would represent progress compared to the conventional mindset of seeking all the new road money from a tax hike — a proposal that voters just soundly rejected.

Editor’s note: Portions of this essay first appeared in the Mackinac Center’s newsletter.

Joseph G. Lehman is the president of the Mackinac Center for Public Policy, a research and educational institute headquartered in Midland, Mich. Permission to reprint in whole or in part is hereby granted, provided that the author and the Mackinac Center are properly cited.