Bringing Democracy Back to the Workplace 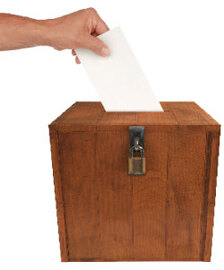 (Editor’s note: This commentary originally appeared in The Detroit News on Nov. 14, 2014.)

On Nov. 4, the residents of Michigan exercised their right to vote, choosing who will represent them in Lansing and in Washington, D.C.

And every 16 years, Michigan voters are also able to either re-affirm their consent to the current state constitution or call for a new one — a profound choice over what type of government we live under.

Allowing workers to regularly recertify their union would give employees a say on whether to keep or drop the current union.

Unfortunately, these rights we embrace on Election Day are denied to unionized workers in their workplace. While union members can vote for union officers and on contracts, the vast majority never get a say on which union will represent them.

Most individuals become members of a union by simply taking a job where one is already in place; they are just handed a card when they arrive.

James Sherk, senior policy analyst in labor economics at the Heritage Foundation, estimates that in the private sector nationally just 7 percent of unionized workers have ever had the opportunity to vote on which union will represent them.

For government employees in Michigan, that figure may be even lower. For example, Sherk estimates that in the 10 largest school districts in the state, just 1 percent of teachers have ever had the opportunity to select a union.

Indeed, given that the average age of a Michigan public school teacher is 41 — and seven of those 10 largest districts were organized by a union in 1965 — barely one-third of the teachers were even born when the union for their workplace was selected.

Even when union members have the ability to vote on officers, by the time they actually get a say their “choice” may be no choice at all. Take, for example, the “election” of UAW President Dennis Williams.

Williams, like every UAW president since 1970, was supported by the union’s powerful Reuther Caucus. As TIME wrote of Williams’ predecessor, former UAW President Bob King, he was “Picked — Not Elected — To Lead UAW.”

While Michigan is now a right-to-work state where unions can’t get a worker fired for not paying them, employees in a unionized workplace must still accept a union’s representation whether they want it or not. They still must work under the contract the union negotiates, and must go through it to deal with any problems with their employer.

Allowing workers to regularly recertify their union would give employees a say on whether to keep or drop the current union. Recertification could also help unions expand. It would enable new unions that are more flexible and responsive to more easily move into areas where an existing union is not serving the workers it represents. Workers may also be more receptive to unionization knowing they are no longer essentially making a lifelong commitment.

This enhanced choice could also trigger competition that helps workers get the best workplace representation, and reward those unions that put their members first.

Unfortunately for autoworkers and Michigan’s other private sector union members, they must wait for Congress to enact the Employee Rights Act to have a direct say in which union represents them at work.

While passage of the ERA is unlikely anytime soon in Washington’s current political climate, nothing prohibits Michigan’s Legislature from acting much sooner to give government employees a more democratic process in selecting which union represents their interests.

F. Vincent Vernuccio is labor policy director at the Mackinac Center for Public Policy, a research and educational institute headquartered in Midland, Mich. Permission to reprint in whole or in part is hereby granted, provided that the author and the Center are properly cited.