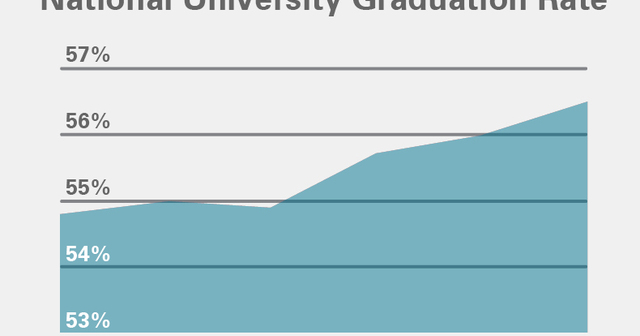 Michigan and the Higher Education Bubble

Michigan, much like the nation as a whole, is suffering the consequences of a higher education bubble.

Like other bubbles, prices (tuition fees) have reached sky-high levels leading “investors” (students) to question whether the investment is worthwhile. As is true nationally, enrollments are starting to fall at some of the public four-year institutions. Total student loan debt recently topped $1 trillion and has been increasing faster than the rate of health care costs.

There are more retail sales clerks with bachelor’s degrees than there are soldiers in the U.S. Army.

Even worse, a huge proportion of those who do graduate get jobs where they are effectively “underemployed.” Many take on relatively low-paying jobs not requiring a college degree. There are more retail sales clerks with bachelor’s degrees than there are soldiers in the U.S. Army.

This problem is not primarily because of the country’s mediocre economic performance in recent years. The underemployment problem has been brewing for years, even before the financial crisis, and will not end even if and when we return to labor market policies favoring employment (such as Michigan’s recently adopted right-to-work law). There are simply too many students graduating from college relative to the number of high-paying positions in the managerial, technical and professional fields. This even extends to some professional programs, most notably law.

Another issue facing Michigan higher education: the pool of state residents ages 18 to 22 is undergoing a long-term decline that ultimately will exceed 25 percent. Most universities have maintained enrollments by increasing out-of-state admissions or depending more on older students, but is it in Michigan’s interest, for example, to charge Ohio residents the same tuition as Michigan residents, as is the case at Eastern Michigan?

We may be overinvested in higher education, if the job market imbalance is any indication.

Does Michigan have too many state universities? It has more than its more populous neighbor to the south, Ohio. Couldn’t we merge or eliminate one or two of those schools with mediocre performance in the metro Detroit area, for example? Would some school consolidation save major amounts of money?

Universities claim they’ve experienced a large decline in state aid over the past decade or so. But should money be given to schools at all? Why not give funds to low- and middle-income students (more to the very poor) to attend college, and let the schools compete for the students? This could be similar to Michigan’s K-12 model, whereby state aid follows the student. At minimum, state funding should be tied to more rigorous performance standards.

To be sure, some of the bigger problems require federal action: the $180 billion federal student financial aid system, for example, is dysfunctional, Byzantine and inefficient, and has contributed to the tuition price explosion. Despite a massive increase in the amount of federal student aid, fewer students from low-income families are earning college degrees. In 1970, 12 percent of college graduates came from families in the bottom quarter of earners, yet today that is just 7 percent.

Michigan can and must take steps to make higher education work better.

Richard Vedder is a professor of economics at Ohio University and an adjunct scholar with
the Mackinac Center for Public Policy, a research and educational institute headquartered in Midland, Mich.