Higher Taxes in Allen Park Not the Solution 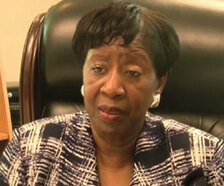 Allen Park Emergency Manager Joyce Parker is seeking to raise taxes on the citizens of her city.

In August, Allen Park Emergency Manager Joyce Parker will be going to the taxpayers asking for more money. While more money will solve the city’s immediate fiscal problems, it will do nothing to address the root cause of Allen Park’s problem: the assumption that the taxpayers of tomorrow will support the profligate government spending of today.

If taxpayers agree to give Allen Park more money, once the emergency manager leaves there will be no incentive for reform. This means lavish labor union contracts, boondoggles such as overpaying for an aging industrial complex to create a Hollywood-style movie studio, and impossible-to-maintain retiree medical benefits will receive no attention. The city will sink deeper still.

Lasting reform, such as offering a Health Savings Account which retirees could use to purchase their own insurance in health exchanges, has been met with derision.

The city has a cozy relationship with its labor unions. Currently, Allen Park supports 230 retirees, according to its most recent audit, more than double the number of active employees. Employees are in a defined-benefit retirement plan, something that rarely exists in the private sector and has cost the city millions. Under the plan, workers could retire at age 52 with as little as 10 years of service. Minimum staffing requirements and generous overtime provisions allowed the city’s police and firefighters to boost pension payments close to their full-time salaries.

The emergency manager has proposed reducing the retirement multiplier from 2.9 to 2.25, which is still a far cry from the 1.5 “best practice” multiplier Gov. Snyder recommends for employees who collect Social Security, as workers in Allen Park do. These proposals will likely be rejected if the tax hike passes, as the city’s two biggest unions, police and fire, will have little incentive to negotiate down their open contracts.

The movie studio has been a huge financial drain on the city’s budget, costing the city more than $400,000 each year in losses, $2 million annually in debt obligation and an impairment loss of nearly $4 million. It has been a tough lesson and the residents of Allen Park are now the wiser as they’ve amended their city charter to require taxpayer approval for borrowing ventures such as that.

City finances are further squeezed by full health, eye and dental care coverage for retirees and their families. Retirees have paid only a fraction of this cost, obtaining needed prescriptions with $1 co-pays. The emergency manager has proposed changes in this program that will save the city $550,000 each year, but even more must be done to contain a program that eats up nearly 18 percent of the city’s $17.04 million annual budget.

Lasting reform, such as offering a Health Savings Account which retirees could use to purchase their own insurance in health exchanges, has been met with derision.

Reducing costs is preferable to the $2 million-a-year tax increase the emergency manager is seeking, which is closer to $5 million, as Small Government Alliance Executive Director and Allen Park resident Tim O’Brien points out. The 6.75 millage request raises $4.9 million but replaces a 3.5 mill “Public Safety” millage set to expire in 2015.

If the millage passes, Allen Park would have the fourth highest millage rates in Wayne County, behind Detroit and following in its footsteps. Higher property taxes make buying a home in Allen Park less attractive, not more. When investors and homeowners leave, taxable values go down more, leading to further tax increases and growth-busting.

Joyce Parker says she is seeking a tax increase because members of the public who participated in town hall meetings expressed interest in maintaining police and fire service. She has stated that if the millage does not pass, she will be forced to cut staff and reduce services. Recently, two area churches, with the support of the mayor, city employees and public-sector workers, held a “unity march;” a thinly disguised rally to show support for raising taxes.

But the value of appointing an emergency manager is called into question when those very taboo policies that caused the financial crisis are ignored in favor of status quo policies.

Anne Schieber is senior investigative reporter at the Mackinac Center for Public Policy, a research and educational institute headquartered in Midland, Mich. Permission to reprint in whole or in part is hereby granted, provided that the author and the Center are properly cited.