Why Michigan Needs a Right-to-Work Law 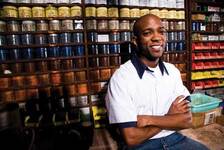 Michigan workers too often face the reality that opportunities in Michigan are scarce. With a right-to-work law, our best and brightest need not cross the state border to find work.

It is time to make Michigan home again. For far too long our young people have been forced to leave Michigan in search of opportunities elsewhere. Other states have surpassed us in both job creation and wage increases while the Great Lake State casts about for a solution. Unions are spending millions every election on politics while their members are suffering.

Michigan needs a future, not just a past. Our state needs to attract businesses to create jobs with security. It needs to present an option for talented university graduates and those in the skilled trades to stay in-state when they are ready to enter the workforce. Finally, it needs strong unions that put workers above politics.

Essentially, a right-to-work law sends a strong message to job creators that Michigan is open for business.

An essential first step is right-to-work legislation. Right-to-work laws give employees the choice to pay a union dues or agency fees or not. It makes unions accountable to their members — where members won’t have to fear that they are funding policies that force their kids to leave, and that their money is being spent on collective bargaining and not politics.

Essentially, a right-to-work law sends a strong message to job creators that Michigan is open for business.

This may be because employment is exploding in right-to-work states; by contrast, in October Michigan had the 6th highest unemployment rate in the nation. We cannot rely upon status quo policies to keep our kids close to home — we’ve tried them and they’re not enough.

Between 1980 and 2011, total employment grew by 71 percent in right-to-work states while employment in forced unionism states only grew about 32 percent. Bear in mind that here in Michigan, employment has grown a paltry 14 percent during that time. Our troubles have been a long time coming.

Any job is better than none, but Michigan needs jobs with good, competitive benefits and a salary that can support a family, and that’s just what many of these new jobs in right-to-work states provide. Over the last decade, inflation-adjusted compensation in right-to-work states grew by almost 12 percent compared to 3 percent in forced unionism states. Right-to-work jobs grant another important advantage: more people receive health care directly from their employer. According to the National Institute for Labor Relations Research, from 1999 to 2009, the number of people covered by private employer health insurance increased by 0.9 percent in right-to-work states, but fell in forced unionism states by 6.9 percent.

Early in 2012, our neighbor Indiana became the 23rd state to enact a right-to-work law. The differences between Indiana and Michigan are telling. Since January Indiana has added 43,300 jobs, while Michigan lost 7,300. Indiana’s manufacturing sector is far outpacing ours by adding 13,900 new jobs since January — Michigan lost 4,200.

Michigan cannot sit idly by as our neighbors lure competitive entrepreneurs and talented workers. In fact, nine out of the top 10 of CNBC’s Top States for Business 2012 were right-to-work states. Indiana has moved up to 14th, while Michigan remains 33rd.

A right-to-work law is about more than just unions. It’s about more quality jobs for everyone. It means graduates can drive home for a visit instead of fly. It means greater financial security and representation for our union workers. It means Michigan will once more be on the map, not just for our neighbors and the country, but for the future.

F. Vincent Vernuccio is director of labor policy at the Mackinac Center for Public Policy, a research and educational institute headquartered in Midland, Mich. Permission to reprint in whole or in part is hereby granted, provided that the author and the Center are properly cited.