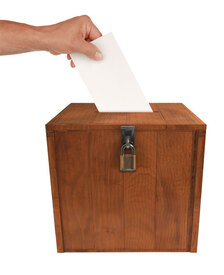 On Nov. 2, Michigan voters will face Proposal 1, which will ask whether a convention should be held to rewrite Michigan's constitution. Although we can certainly improve that foundational document, most of Michigan's problems could be solved without rewriting it. Furthermore, there is no guarantee that a constitutional convention would fix, or even address, whatever problems might prompt voters to call the convention in the first place.

Proposal 1 will be on the ballot because the current constitution, passed in 1963, requires the question to appear automatically every 16 years, starting in 1978. That year, 77 percent of voters rejected the constitutional convention and 72 percent did likewise in 1994. Recent polling indicates voters may be more open to the idea this year, but they disapprove by more than 2-to-1 when told the cost could be as much as $45 million.

The fundamental purpose of the state constitution is to limit government’s ability to infringe on people’s rights.

Others who have long sought specific changes in Michigan law are considering supporting a convention for the sake of their single issue. Some in the highly energized Tea Party movement wonder if a constitutional convention might let them effectively open the hood of state government and fix what's broken at a time when the state seems unable to cope with its alarming economic decline.

The problem is, that's not the way it would likely work. A constitutional convention is not like handing your car to a certified mechanic; it's more like giving it to 148 trained and untrained mechanics and letting them do anything a majority of them can agree to, including replacing your car with something much worse. After a lot of time, trouble and expense, you and fellow voters collectively choose between the mechanics' handiwork and exactly what you started with.

The passage of Proposal 1 would set a process in motion. Two elections — a partisan primary and a general — would be held by May 2011 to elect the 148 convention delegates, one from each state House and Senate district. They would convene by October, select their own officers and create their own rules. They'd meet in Lansing and could continue through July 2012. Whatever they produced would go to voters for approval within 90 days. If it passed by a simple majority, the new constitution would take effect.

Nothing about this process would address our problems any better than the current legislative system. Our most serious economic problems involve chronic overspending in the face of weakening state revenue, which is worsened by rising levels of taxation and regulation that drive people and businesses from the state.

If our current lawmakers can't fix that, it's not because the constitution prevents them from doing so. More likely it's because voters haven't yet held individual lawmakers responsible for reckless spending (although this may be changing). If voters aren't yet holding legislators accountable for spending, it's not clear how they would hold convention delegates accountable for potentially bigger decisions. The fundamental purpose of the state constitution is to limit government's ability to infringe on people's rights. Where constitutional changes are needed, the voter initiative process is a better alternative than a convention, which could be unlimited in scope and cost millions of taxpayer dollars.

Neither is there a convincing reason to believe convention delegates would be more capable than current legislators. Delegate elections would be highly partisan and influenced by the same special interests that dominate regular elections.

The prospect of rewriting a constitution could attract some truly exceptional, public-service minded candidates, but it would probably attract even more of those who would typically run for the Legislature, along with term-limited former lawmakers. It might especially draw highly charged, single-issue candidates whose priorities could make the convention agenda read like the contents of Pandora's box.

Michigan has serious problems, but they should be fixed without a constitutional convention. The problem with Michigan government isn't so much what's under the hood, it's what we're letting the driver get away with. If your teenage driver is irresponsible, no mechanic can change that. Instead, you need better control and accountability of the driver.