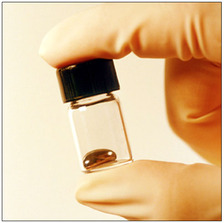 Mercury is a heavy metal found in rocks and in the by-products of industrial processes.

Gov. Jennifer Granholm established the Michigan Mercury Electric Utility Workgroup two years ago to fulfill a campaign promise to phase out mercury emissions from coal-fired power plants. The workgroup was directed to “strive for recommendations based on workgroup consensus” and to produce a report in six months. Two years later, the workgroup has published its report with little consensus on what should be done.

Perhaps it is unsurprising that a committee composed of government officials, scientists, utility representatives and staff from interest groups would have trouble agreeing. But in fact, the problem is not merely political; it is fundamental, involving uncertainty on such basic issues as the scientific justification for state mercury-emission controls and the likely effects of these controls. This inconclusiveness, particularly given the cost of the extreme reductions that some have recommended to the governor, explains why the state shouldn’t impose its own regulatory layer, and should instead monitor the progress of a new federal mercury-reduction program.

Great Lakes mercury levels are declining, and to the extent that mercury remains a human health threat in Michigan, the federal program is a more sensible first step in addressing it.

Mercury is a heavy metal found in rocks and in the by-products of industrial processes. The primary concern about mercury is its potential effect on human health. From this consideration, two questions arise: Is environmental mercury a health problem in Michigan, and if so, would the stringent state-level regulations being recommended by some in the workgroup be an effective way to address the risk?

The primary human exposure to mercury is from consuming fish. There remains a great deal of controversy in the public health community about the advisability of fish consumption in the potential presence of mercury, since the risk of mercury exposure must be weighed against the positive health benefits of eating fish.

In the Great Lakes, levels of mercury continue to decline. Mercury concentrations in Great Lakes-region bald eagle feathers fell approximately 20 percent between 1985 and 2000 — a telling measure, since the eagles are at the top of the Great Lakes food chain and their primary diet is fish.

In addition to scientific questions about the risk posed by mercury, there are also questions about the effects of a proposal that some members of the workgroup have recommended: mandating a 90 percent reduction in mercury emissions from Michigan’s coal-fired utilities.

In theory, this sounds like a huge impact on the presence of mercury, but in practice, it is not clear how large the effect would be. Computer modeling by the U.S. Environmental Protection Agency indicates that despite the amount of mercury emitted by Michigan’s coal-fired power plants, they are responsible for less than 5 percent of the deposits in central and Southern Michigan.

The effectiveness of the proposed state regulations is also unclear given the federal government’s new mercury-control program. Instituted in March, the regulations establish a strict baseline emissions standard. Compliance with a second and even tougher standard may be met either by adopting new technologies, or by buying credits sold at market prices by companies that have lowered mercury emissions even further than required under the law. Given the mobility of the mercury emissions across state and national borders, a federal approach would appear to make more sense than a state regulation.

No one can be sure how specific utilities will respond to the new federal system and how their actions will affect local mercury levels. But adding state regulations to the mix might even create perverse incentives in some cases for industrial firms to move new investment and power generation outside of the state, thereby increasing production at power plants whose mercury discharge is more likely to fall in Michigan.

And the proposed state regulations will not be cheap. An analysis found in the Mercury Electric Utility Workgroup’s own report indicates that more stringent controls in Michigan would increase homeowners’ electricity costs by $59 million annually and commercial users’ costs by $153 million annually. Increased electricity costs in the state — which are already higher than most of the Midwest — would worsen Michigan’s uncompetitive business climate.

Gov. Granholm should reject suggestions to add further mandatory controls on Michigan coal-fired power plants. Great Lakes mercury levels are declining, and to the extent that mercury remains a human health threat in Michigan, the federal program is a more sensible first step in addressing it. It would be a mistake to implement state mercury regulations whose necessity and effectiveness would be uncertain, but whose costs to Michigan’s economy would be high.

Russ Harding is senior environmental policy analyst with the Mackinac Center for Public Policy, a research and educational institute headquartered in Midland, Mich. Permission to reprint in whole or in part is hereby granted, provided that the author and the Center are properly cited.