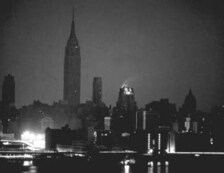 The problems that caused the Great Blackout of Aug. 14, 2003, took place in that sector of the electricity industry—transmission—which has not been deregulated.

Following the Great Blackout of 2003 on Aug. 14, many policy-makers already were claiming that deregulation of electricity is somehow the cause of the massive outage. Another popular culprit was lack of investment in the transmission network, particularly in transmission interconnections, which led some to call for more regulation, or at least a national energy policy.

What most Americans don’t recognize is that government regulation still imposes undue stress on our nation’s electrical grid despite “deregulation.” This creates negative economic incentives that generally discourage investment in electricity transmission.

The critics are right to point out that the blackout states generally were leaders in promoting “deregulation” of electricity. Michigan and other states allow competitive generation of electricity, and also some limited retail competition for sales to consumers.

But electricity travels over transmission lines from the generation facility to local distribution points. Electricity transmission, the source of most of the Aug. 14 outages, has not been deregulated, and if anything is burdened by increased regulation as other stages of electricity markets have been opened to competition.

Substantial progress has been made to provide more competition in Michigan electricity markets. At the source level — that is, electricity generation — the market has become more competitive due to both FERC regulatory changes and Michigan legislation. And at the distribution level, Michigan has been a leader in giving consumers a choice of local electricity providers, generally without the regulatory blunders made by state regulators during California’s disastrous electricity restructuring.

But between the source level and distribution level — that is, at the transmission level — the story is much different. FERC has actively promoted interconnectivity of transmission systems across state lines, and “wheeling,” which occurs when one utility provides transmission services across its lines for another utility.

The benefit of increased transmission interconnectivity is that when one or two generation facilities or transmission connections fail, other connections provide back-up through alternative sources of generation and transmission capacity. The drawback to interconnectivity, however, is that when failures are more widespread, larger system failures are able to migrate across entire regions rather than being confined to the local utility.

It now appears that local failures were able to spread across the eastern power grid, and the grid system that worked well in backing up individual and localized breakdowns was overwhelmed by more widespread problems.

Thus, if the deregulation of electricity in Michigan over the past few years had not occurred, it now appears that the blackout would have been no less extensive. Indeed, to the extent that deregulation in Michigan encouraged entry into electricity generation, the state may have been better able to draw upon more sources of electricity while restoring service to the affected areas. In the end, however, the blackout was primarily the result of failures, wherever they may have originated, at the transmission level — the level where almost no deregulation has occurred.

There certainly are some legitimate problems that have been exposed by the blackout of August 2003, including aging infrastructure and continued misaligned regulatory incentives that discourage private investment in transmission capacity and improvements. But to the extent these are government policy failures, they are regulatory failures, not deregulatory failures.

The rush to assign blame for the blackout only distracts from legitimate concerns about electricity markets in Michigan and the other states. Moreover, if the finger pointing over a failure at the transmission level turns into calls for Michigan and other states to undo deregulation at the generation and distribution levels, the resulting regulatory uncertainty will threaten the progress that has been made to provide meaningful competition in electricity markets in Michigan, while doing nothing to prevent future blackouts.

(Theodore R. Bolema, Ph. D., J.D., is an attorney in Central Michigan University’s College of Business Administration, and an adjunct scholar with the Mackinac Center for Public Policy, a research and educational institute headquartered in Midland, Mich. More information is available at www.mackinac.org. Permission to reprint in whole or in part is hereby granted, provided the author and his affiliation are cited.)