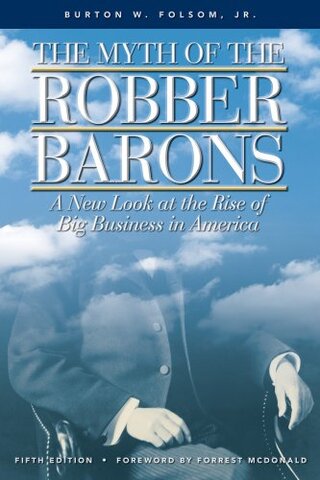 The Myth of the Robber Barons: A New Look at the Rise of Big Business in America

Many students are taught that 19th century "robber barons" exploited their customers on the way to making America an economic colossus. Dr. Folsom makes the crucial distinction between business leaders of this period-economic entrepreneurs whose efforts broke monopolies, created wealth, and helped millions out of poverty, and political entrepreneurs who sought political influence and government subsidies to build their business empires. Now in its third printing, Myth of the Robber Barons explodes the misperception that the great competitors of the 19th century made their gains unjustly, while it exposes the damage done by those who depended primarily on state favors. 170 pages.