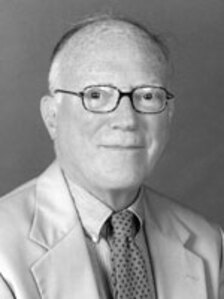 Today we mourn the loss of one of the Mackinac Center’s most trusted friends and stalwart supporters, John E. Riecker. John, a long-serving advisor and member of our board of directors, passed away in Midland, Mich., on Saturday morning, Nov. 8, 2008, at the age of 77.

John Riecker was a refined, gracious and unpretentious gentleman who generously shared his expertise and wisdom with the Mackinac Center and so many other institutions he believed were making a difference. When John joined our advisory board years ago, I knew we were gaining a sage counselor. But I later learned, as others who knew John can attest, that I was also gaining a friend.

I am grateful for John in the way that any president is grateful for a strong board member. Professionally accomplished and balancing many competing demands, John made extra time to help the Mackinac Center maximize resources and select strong leaders. He was a man who set ego aside when working with other board members and staff.

But I’ll always be especially grateful for the way John volunteered his personal and professional service to help us recover from the tragic loss of our senior vice president, Joe Overton, in 2003. John seemed to sense that in my grief I would need someone especially sensitive and considerate to help me navigate through the storm into which we’d all been thrust.

Lawrence Reed, president emeritus of the Mackinac Center, says about John, “With John Riecker’s passing, we’ve lost a faithful, warm-hearted, personal friend and the community has lost a humble giant whose contributions to Midland and to Michigan are too numerous to count. Erudite, thoughtful, articulate and caring, John was a class act in every setting. His example shines as a tribute to the power of solid character.”

We named our board room after the Rieckers in 2004. In a speech marking the occasion, John described the Mackinac Center as, “... an anchor to windward, a seeker of true economic and political principles, a producer of clear and unambiguous articles and an objective investigator....”

In John’s speech he also delighted in recounting an exchange with a local member of a public university faculty who had mischaracterized the Mackinac Center. John defended our research and educational efforts before the assembled crowd, noting that universities don’t have a monopoly on intellectuals.

The day of John’s speech, and our ceremony to honor him and Ranny, was a joyful one. Those who knew John, as well as those who never had that privilege, will appreciate Lawrence Reed’s remarks about the Rieckers that day and the full text of John’s speech.

We know John would have loved to have been able to celebrate the Mackinac Center success of which he was such a large part at our 20th anniversary gala tomorrow in East Lansing.

Today we offer our sympathy to the Riecker family, and to the many, many others whose lives John touched.