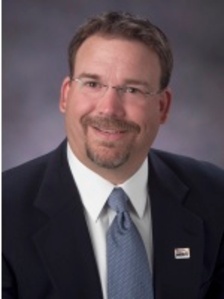 Under Michigan law, any public school district with more than 100,000 students is defined as a “first class school district.” Bestowed exclusively on Detroit Public Schools, this special status provides that district with a variety of special privileges, including a prohibition on competition from some public charter schools.

Because 40 percent of DPS students have fled the district during the last decade and more are predicted to follow, Detroit will soon dip below the enrollment threshold necessary to continue its first class standing. This would put Detroit on the same level playing field as Michigan’s 550 other school districts. It also would increase charter school options for parents and families there.

In response, DPS and their enablers in the Legislature are working to lower or eliminate the enrollment requirement to become a first class district, ensuring that Detroit will never lose this special status. Senate Bill 1107, the School Aid Budget for 2008-2009, would simply redefine a “first class” district as the one with the most students.

Simply changing the number — without any meaningful reform — doesn’t do anything to improve educational opportunities for students. Rather than make a technical change in the status quo, we should have a broader conversation about improving education and creating quality 21st century schools in Detroit and other cities across Michigan.

Granted, the challenges facing public education today are enormous, but Detroit should not be rewarded for producing the lowest graduation rate of any large city in the nation. Our priority should be to develop schools that overcome such system failure and prepare students to meet the expectations of a knowledge-based economy.

In order to succeed, 21st century schools must embrace and extol the values of rigor, relevance and relationships. Beyond these essential principles, more successful schools will utilize data to drive student achievement and empower building-level educators with site-based management over policies and personnel.

Only by having a broader conversation about education in Detroit can we implement state policy to produce a modern and effective school system. Simply changing the numbers — without pursuing enhanced opportunities for choice, achievement and accountability — isn’t what our children need.

Let’s not miss the opportunity before us. Let’s not simply change the definition of a first class school district without reform.

Naeyaert is vice president of public relations and government affairs for the Michigan Association of Public School Academies. Permission to reprint in whole or in part is hereby granted, provided that the author and the Center are properly cited.