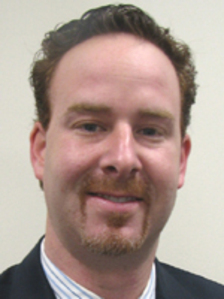 Supporters of charter schools may be disappointed by some of the findings presented in this book, but the authors do leave a little room for hope.

Buckley and Schneider’s objective is to bring empirical evidence to bear on the question of whether charter schools are an effective educational reform. The authors explain that charter schools are public K-12 educational institutions which operate under a contract that provides them with greater operational autonomy in exchange for greater accountability regarding educational outcomes. 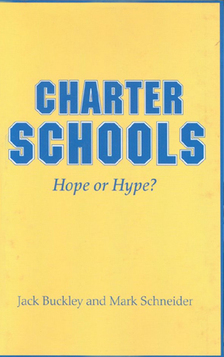 The theory of charter schools rests on the assumption that increasing parental choice will lead to higher levels of parent participation, parent and student satisfaction, and student achievement. However, the authors note that charter schools may have negative consequences, such as social fragmentation and stratification, which can undermine some of the positive public benefits that may come with traditional public schools.

In addition to their extensive review of charter school literature, the authors employed two creative data-collection methods of their own. They describe their first tool as a four-wave panel survey, in which the authors interviewed a sample of parents of children attending D.C. charter schools and others with children in traditional D.C. public schools. Buckley and Schneider also interviewed students in each setting. The panel nature of their survey means that they tracked the same individuals over time.

Their second research instrument was a Web site designed to follow parents as they sought information online about schools. By tracking parental search patterns, the authors collected data on the extent to which parents value proximity, demography of the student body, student achievement and other factors when making choices about schools. To confirm their hypotheses about whether conclusions could be drawn from observing Web site use, the authors also followed up with parents who had accessed the site.

In studying charter schools, these authors, like other researchers, faced a challenging set of research and data limitations. First, the authors point out that self-selection bias is a serious threat to their research. The problem is that no matter how well-matched the comparison group is on observable characteristics, charter school parents and students are systematically different from traditional public school parents. That is, the fact that they were willing to choose sets them apart.

Second, Buckley and Schneider admit significant attrition of their sample. Unfortunately, the potential to draw conclusions based on their diligently created panel data was weakened by the loss of a large portion of their data over time.

Third, the authors concede that the study of charter schools is threatened by the difficulty in separating the charter treatment effect from other related school variables. For example, as they note, it is not possible to control for the differences in school size when making comparisons between charter schools and traditional public schools. Small size is an inherent characteristic of charter schools, so it becomes impossible to determine if positive effects result from size or the fact that a school is a charter school.

Despite the fact that the authors use all the tools in their statistical bags, all the limitations in studying these schools, when taken together, appear to make for cautious conclusions. In answer to the first question, above, which asks how charter and traditional public school students differ, Buckley and Schneider find that charter school students may have observable differences but that they are no more difficult-to-educate than their peers. In other words, the authors are saying that charter schools are neither “creaming” nor “bottom-skimming.” On question two, they found that charter parents were more satisfied than traditional school parents.

For the third question about charter school performance, the authors do not find a statistically significant difference in performance between charter and traditional public schools in the majority of their analyses. However, in one model they do “find some evidence that the traditional schools are outperforming their charter counterparts.” It is important to note that these findings are not based on gains scores, but on cross-sectional data. Generally, school choice research which uses cross-sectional data tends to show negative or null effects, whereas research with longitudinal achievement data tends to reveal a positive charter effect.

The authors are correct in asserting that a better way to explore charter school impacts on student achievement would be to conduct random assignment studies in scenarios of over-subscription to charter schools. In other words, to determine whether charter schools are the cause of academic improvements, researchers would benefit from studying cases in which there are more potential charter students than seats available. Researchers could then compare the outcome among students assigned to charter schools (by lottery) with those who are not. Buckley and Schneider note that the U.S. Department of Education has recently commissioned two five-year random assignment studies, so interested readers should keep an eye out for those.

Perhaps the best way for researchers to determine if education markets can really work is to have universal school choice. As Buckley and Schneider note, charter schools involve an “option-demand” choice, which means that parents must “choose to choose.” This self-selection issue is what makes research so problematic. By contrast, in a universal school choice scenario, all parents must choose. If all parents must choose schools, in addition to the theorized benefits of a more pure market approach, researchers can more fairly examine the choices parents make and the effectiveness of schools.

Ultimately, supporters of charter schools may be disappointed, for at the heart of the authors’ conclusions is: “Too many of the facts we have documented in our research suggest that charter schools, on the whole, are falling short, at least viewed through the eyes of the students and parents who are their customers … .”

Still, Buckley and Schneider do offer some hope of their own: “We have found that on average charter schools do no harm and in fact have the potential for doing good in many critical areas such as building social capital, increasing customer satisfaction, and enhancing the civic skills of students.”

For those wanting an interesting read on charter schools, this book is certainly a well-written and thoughtful consideration of the related issues. Some of the discussions are relatively technical, but readers with varying backgrounds in statistics will still find many of the arguments accessible.

Marc Holley is a doctoral fellow at the University of Arkansas’ Department of Education Reform and an adjunct fellow with the Mackinac Center for Public Policy. Permission to reprint in whole or in part is hereby granted, provided that the author and the Center are properly cited.