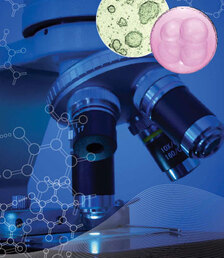 Medical research involving the use of stem cells[1] has prompted ethical and political debates among scientists, policymakers and the public. The most contentious aspect of the issue involves the retrieval of stem cells from human embryos, which are destroyed in the process. Legislation pending in Michigan would, if enacted, allow exceptions to the state's longstanding ban on the use of embryos for research.[2] This is an opportune time, then, to examine the science of stem cells.

Stem cells differ from other cells in the body in three fundamental ways: they are capable of regenerating for a year or more; they do not have a specialized function (as does a nerve cell or blood cell, for example); and they generate specialized cells.[3]

Stem cells also are distinguished by their source. "Embryonic stem cells" are derived from a "blastocyst," an embryo that is between five days and 10 days old and which consists of 100-150 cells that have developed following fertilization. Embryonic stem cells can generate a variety of specialized cell types throughout the body.

In contrast, "adult stem cells" start to emerge three to five days after a blastocyst is formed. They, too, generate specialized cells that maintain and repair tissue and organs. However, questions remain about the extent to which adult stem cells are capable of generating specialized cells other than those of the tissue from which they originate.[4]

Driving a good deal of research is the supposition that stem cells can be "programmed" to grow healthy cells and tissue with which to treat a variety of injuries and diseases, such as spinal cord injury, stroke, burns, heart disease, diabetes and rheumatoid arthritis. The ability to generate scores of identical stem cells could prove valuable in drug testing, too.

There also is hope that stem cell therapies may some day alleviate the chronic shortage of donated organs. However, expectations are tempered by the fact that the supply of human eggs from which to create embryos for stem cell retrieval is limited.[5]

Some progress in stem cell therapy has been achieved: adult stem cells collected from bone marrow are being used to generate healthy blood cells to replace those destroyed by leukemia, Hodgkin's disease and anemia, for example.[6] But a full complement of stem cell therapies has yet to be realized.

A primary obstacle to broader therapeutic applications is a lack of knowledge about the mechanisms that cause stem cells to develop into specialized cells. It has been established that cell specialization[7] results from the activation of particular genes within a cell. What triggers a specific genetic arrangement is not entirely known. The protein Oct-4 may play a role.[8] But without a full understanding of this process, researchers are limited in their ability to manipulate human stem cells to become the specialized cells that can repair specific tissues or organs.

In experiments with mice, researchers have created specialized cells from embryonic stem cells. However, the subsequent transplant of the specialized cells produced tumors caused by unchecked cell growth. The transplants also triggered rejection by the mice's immune systems.[9]

The principle source of embryonic stem cells has been embryos created by in vitro fertilization[10] but not implanted in a woman's uterus. According to a study by the Rand Corp., nearly 400,000 embryos have been frozen and stored by fertility clinics since the late 1970s.[11] However, less than 3 percent of the embryos have been designated for research; the vast majority has been stored for future implantation, according to the Rand study. This limited supply, coupled with ethical concerns surrounding the destruction of the embryos, has prompted researchers to look for alternative stem cell sources. As a result, considerable attention is now focused on cloning.[12]

Cloning involves replacing the DNA of an unfertilized egg with DNA retrieved from a cell in the patient's body. The result would be an embryo from which stem cells could be generated. Because the resulting cells and tissue would carry the exact genetic makeup of the patient, the potential for immunologic rejection would be virtually eliminated.

Scientists have succeeded in cloning embryonic stem cells from mice, but a human egg has never been cloned. Some states ban human cloning, but attempts elsewhere are underway. For example, Harvard University and the University of California have inaugurated research programs to do so.[13]

Meanwhile, American and Japanese scientists recently announced a remarkable breakthrough in stem cell research that may obviate the need for embryos altogether. On Nov. 20, 2007,[14] two research teams – one led by Kyoto University professor Shinya Yamanaka and the other led by James Thomson of the University of Wisconsin – simultaneously and independently announced that they had created stem cells that are "nearly indistinguishable" from human embryonic stem cells without using either human eggs or human embryos.[15]

According to news accounts, the feat was accomplished by injecting a cocktail of four proteins into the nucleus of skin cells. The Kyoto team reported that they were able to grow brain and heart tissue from the lab-created stem cells. The Wisconsin scientists created eight new stem cell "lines"[16] for use in research.[17] However, both teams have warned that the procedure is far from perfected. Years of further testing must still be undertaken to ensure safety.

Currently, federal funding of embryonic stem cell research is restricted to lines created before Aug. 9, 2001. The embryos from which these lines originated had to have been created for reproductive purposes and subsequently classified as "medical waste." Donor consent – without financial inducement – also was required.[18] There were 71 embryos among 14 laboratories worldwide[19] that were generating stem cell lines in 2001.[20] 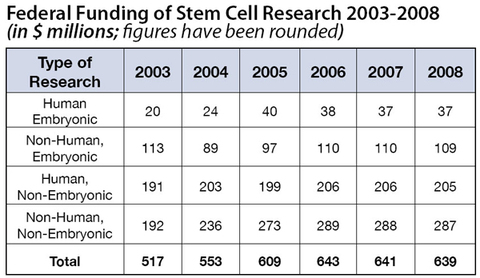 There is disagreement about whether existing lines of embryonic stem cells are sufficient for ongoing research. In June 2007, President George Bush authorized federal funding of research involving stem cells derived from sources other than embryos, such as amniotic fluid, umbilical cords and skin cells.

Despite the restrictions on federal funding, research on embryonic and adult stem cells continues in many laboratories across the nation, supported by both private and public funds. Ten states currently fund embryonic stem cell research. 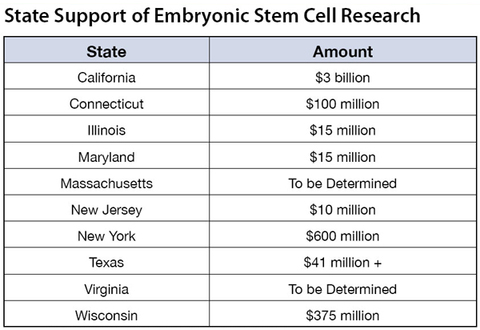 Michigan's prohibition on the use of embryos for experimentation was enacted in 1978. Cloning is likewise banned. But state law does permit the use of embryonic stem cells in research within Michigan labs as long as they have been retrieved from embryos outside of the state.

House Bill 4616 would, if enacted, allow the retrieval of stem cells from embryos in the state if the embryos are classified as medical waste, i.e., not intended for implantation. The bill also would allow families to donate unused embryos for research. The legislation is tie-barred[23] to HB 4617 and HB 4618, which propose to increase the penalties for human cloning from 10 years in prison to 15 years in prison and a maximum fine of $10 million, while also raising such a violation from a Class D felony to a Class C offense.

As debate continues over stem cell research, scientific advances are occurring at a relatively rapid pace. The prospects have greatly improved for creating embryonic-type stem cells without destroying embryos. Thus, it may well be that science will solve the political and ethical dilemmas long before the politicians do.

[1] Stem cells are the most rudimentary type of cell. They are capable of replicating for as long as a year, and they generate the specialized cells from which tissue and organs grow.

[2] HB 4616 would amend the Public Health Code (MCL 333.2685), which currently prohibits the harvesting of stem cells from embryos. However, it is legal for scientists in Michigan to conduct research using embryonic stem cells that were retrieved from an embryo outside the state. For more information on the legislation go to www.legislature.mi.gov/(S(yuyehgnih1ztxz453u50tsfq))/mileg.aspx? page=getobject& objectname=2007-hb-4616.

[7] The technical term for specialized cells is "differentiation."

[10] A technique that unites the egg and sperm in a laboratory, instead of inside the female body.

[12] The technical term for the procedure is somatic cell nuclear transfer.

[16] A stem cell line consists of all the cells created by the continuous division of a particular group of stem cells.

[19] The labs were located in the United States, Singapore, South Korea, India, Israel and Sweden.

[23] Tie-barred legislation requires all bills to pass, or none do. 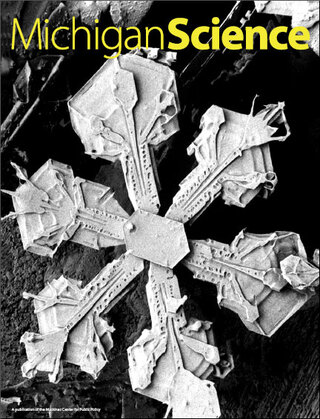