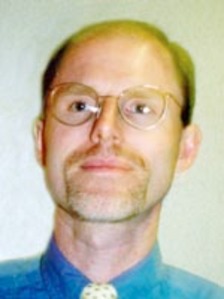 Many Europeans greatly admire the vitality, creativity, and optimism that characterize America's competitive, free-market economy. Indeed, the benefits of choice and competition form the basis for the American success story.

That is why when I came to the United States from Belgium in 1980, I was surprised to discover the virtual absence of choice and competition in this country's primary and secondary education system. After all, even many European governments- despite their reputations for favoring large public sectors- still encourage an open educational market, where students have the choice and the ability, regardless of income, to attend public or private K-12 schools nationwide.

In countries such as Belgium and France, annual government grants cover the operating costs of schools: salaries (except for religion teachers), books, heating, and the like. The capital investment in buildings and facilities are borne entirely by a school's organizing body, whether it is a local public education authority, a private foundation, or religious institution. The annual grant for each school depends on the number of students enrolled. If a student leaves a certain school for another, the money follows the student. To deal with church and state issues, tax monies are allocated without regard to any religious affiliation of a recipient school. True, all private and public primary and secondary schools must observe a minimum curriculum required for accreditation, but this curriculum includes the option for a course on religion.

A system where the funding follows the student and where it is possible to attend any school of choice (regardless of family income) forces public and private schools to compete for students among themselves and with each other. If parent and student decide that the present school does not deliver, they are able to seek a better school elsewhere. If enough students leave, the school faces bankruptcy and liquidation. This provides a powerful incentive for administrators and teachers to keep a lean operation and continually improve on the service they deliver.

By contrast, public education in the United States operates in a manner reminiscent of medieval feudalism. Students seem like indentured peasants, tied to the local manor (the school district) and unable to work (study) anywhere else than on the land of the manor. No outsiders are allowed access to the manor. Money and wealth remain with the manor. Only those who possess independent wealth have the freedom of choice to go elsewhere and find the best education available. This country, famous for its commitment to freedom and equal opportunity, allows near-monopolies in education that deliver a poor product, offer indifferent service, and resist innovation.

The vast size of administrative and support staff in U.S. schools also is baffling. At my rather typical high school in Belgium, the student body of some 600 was and still is served by one principal, three administrators (who also functioned as substitute teachers) and two maintenance men. Counseling work was contracted out. Meantime, Michigan's non-teachers average 63 per one thousand students, as opposed to perhaps 12 per thousand at schools in Belgium.

The United States spends almost seven percent of its national income on education, more than any other developed country except Canada and Denmark. Why then do American students cut such a poor profile in the international comparisons of basic and advanced skills? American 12th-graders rank behind 95 percent of the children of other, similar countries. These other nations that spend less are getting better results with fewer people. Clearly, then, the real issue is not that Americans spend too little on education.

So what is the answer? Our higher education system is characterized by vigorous competition among public and private institutions. That pursuit of excellence in order to be the school of choice has made American higher education the envy of the world. If a competitive education market is good for our colleges and universities, then how can it not be equally good for our primary and secondary schools?

Parents and students alike know that the public school system is not delivering the results needed to create the educated workforce for an advanced, global economy. The solution is to end the monopoly and introduce real choice and competition into education. What are we waiting for?