Graphic 4 shows the overall economic freedom score and its three components for the 14 MSAs in Michigan, ranked by their overall score. The two metropolitan divisions of the larger Detroit-Warren-Dearborn MSA are also listed. Michigan MSAs are below average in economic freedom. Only Midland scores higher than the average for all 383 MSAs in the nation. That U.S. average is 8% higher than the Michigan MSA average. 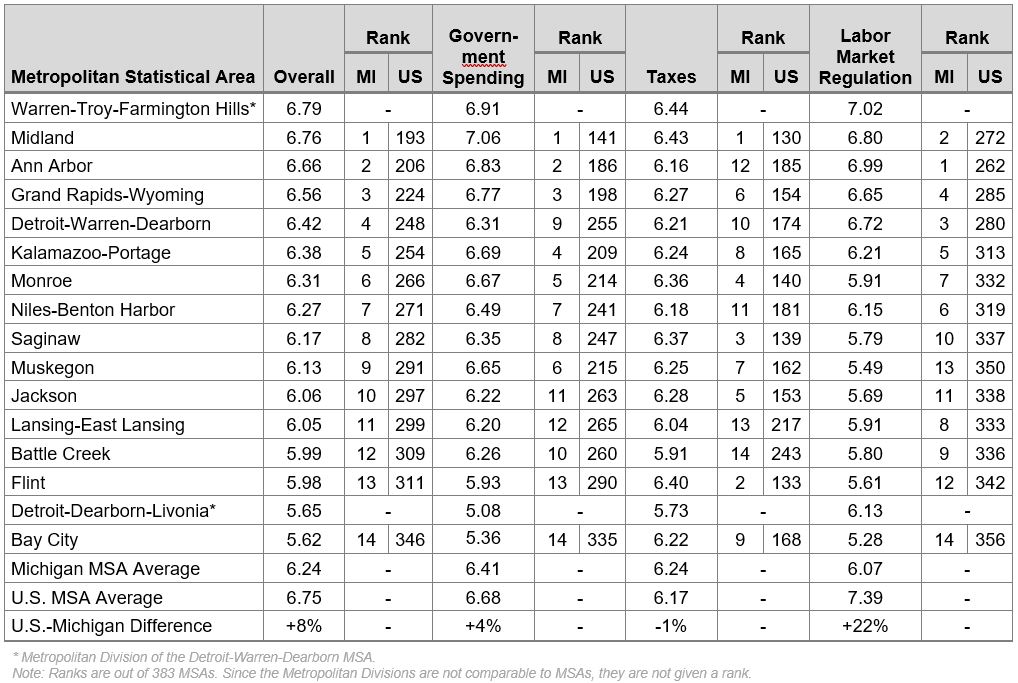 As the historical data in Graphic 5 show, in 2012 and 2017, there was only one Michigan MSA above the U.S. average for overall economic freedom scores. In all eight years before 2012, there were no Michigan MSAs above the average. Furthermore, the latest numbers for 2017, as bad as they are, paint a much rosier picture than those for, say, 1982, when the U.S. average for economic freedom was 28% above Michigan’s MSAs. In fact, 10 of the 14 MSAs moved up in the national rankings from 2012 to 2017, all but Ann Arbor, Bay City, Grand Rapids and Midland. Although there is plenty of room for improvement, there has at least been a general upward trend in Michigan since 1972, the first year of our local economic freedom dataset. 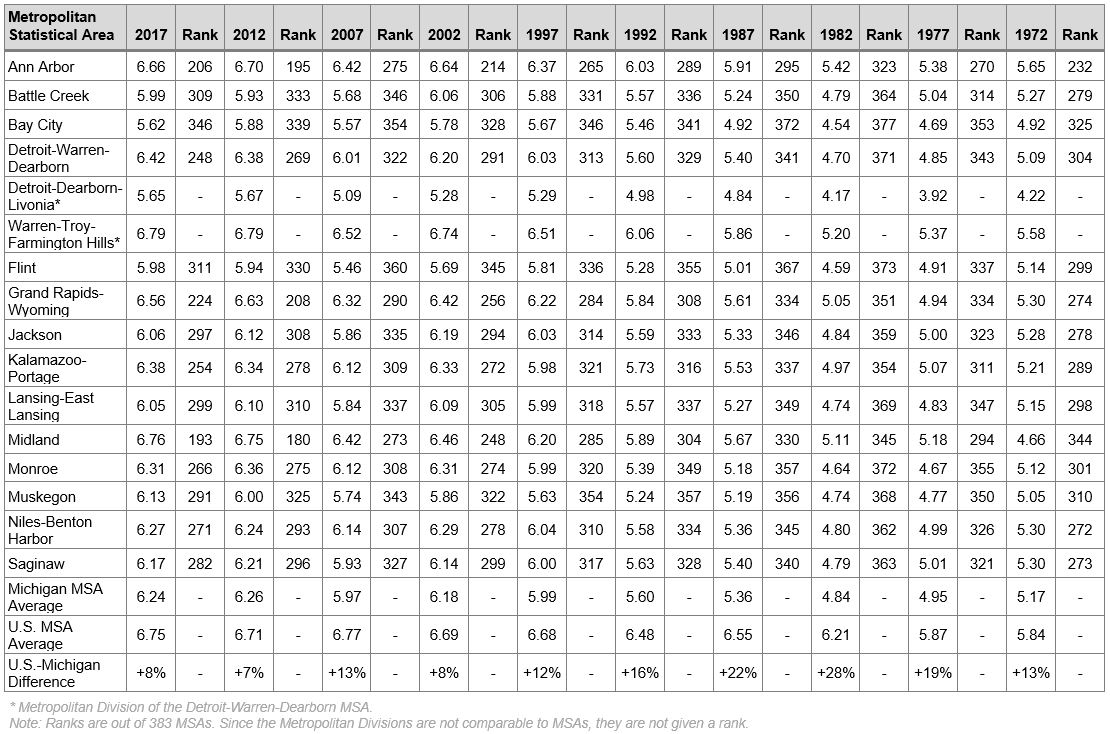