A Politically Incorrect Guide to Communism

For decades after the end of the "Great War," communism was on the march. Bolshevik Russia expanded its territory into large segments of Eastern Europe, Chairman Mao took China, and one-party rule dominated in much of Asia, Latin America and Africa. Cuba, a close U.S. ally merely 100 miles from Florida, launched a communist dictatorship that is now nearly six decades old. And while never fully embracing Marxism, even governments in Western Europe and the United States began taking ownership over large parts of the private economy. Among intellectuals, communism was en vogue, as was its stepsister socialism and "democratic socialism."

Then things reversed. The Soviet Union collapsed and with it many of its satellite countries broke free. China began liberalizing its economy. The debate over economic supremacy between communist North Korea and capitalist South Korea was hardly a discussion. But just when the debate between economic freedom and stringent state control seemed over, there has been a sudden surge in affection for socialism. Candidates running on far left-wing ideas have attracted shocking levels of support in America and abroad. And the Millennial generation is much more favorable to socialist ideas than previous generations.

Dr. Paul Kengor will talk about the forgotten history and legacy of communism and socialism and what can be done to address their influence today. 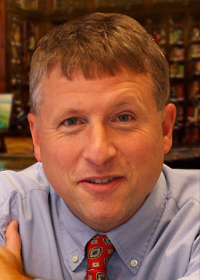 Paul Kengor, Ph.D., is professor of political science at Grove City College in Grove City, Penn., and a New York Times bestselling author of over a dozen books. He is executive director of the Center for Vision & Values at Grove City College and a fellow with Stanford’s Hoover Institution. Kengor is an internationally recognized authority on several subjects and a frequent speaker and commentator.

Dr. Kengor is a frequent columnist in the National Catholic Register and The American Spectator and often quoted in a variety of media. His articles have appeared in the New York Times, National Review, CNN.com, the Wall Street Journal, Christianity Today and more. Among his bestselling books are God and Ronald Reagan, The Communist, and A Pope and a President: John Paull II, Ronald Reagan, and the Extraordinary Untold Story of the 20th Century.