The New Fight for the Right: Where the Conservative Movement is Going

The Republican Party fully controls most states and at the national level has captured the House, Senate and presidency. By many measures, the party has more power than it has had in many decades. But will that control last? And, more importantly, what policy priorities are coming about from these political victories?

For decades, politicians have pledged to their voters that they would not raise taxes. The most prominent taxpayer protection pledge is one provided by Americans for Tax Reform and its president, Grover Norquist. But ATR doesn’t just do taxes – the organization is helping fight corporate welfare, move criminal justice initiatives and strive for more freedom in the realm of science and technology.

So where is the Republican Party at right now? And what policies must it embrace in order to remain relevant going forward? Norquist will discuss these issues and much more. 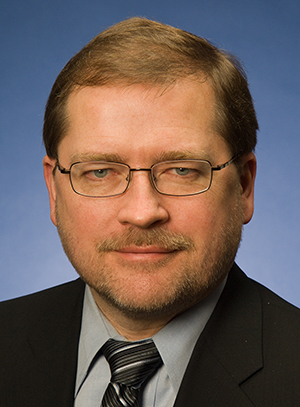 Grover Norquist is president of Americans for Tax Reform, a taxpayer-advocacy group he founded in 1985 at President Reagan’s request. ATR works to limit the size and cost of government, opposes higher taxes at the federal, state and local levels and supports tax reform that moves towards taxing consumed income one time at one rate.

Lunch is free and is included with reservations. Please register online here.