The primary source of public school operating revenue used to be local property taxes. Over the past several decades, however, funding formulas have been rewritten and now schools in Michigan get a majority of their funds — about 60 percent — from the state. In addition, a larger portion of school revenue comes from federal sources than used to: Almost 10 percent of total funds today come from Washington, D.C. Despite this, federal dollars are often overlooked in discussions of school funding.

Federal allocations for public schools tend to fluctuate more than state or local revenues. In recent years, though, Michigan’s annual share of K-12 education dollars from D.C. has hovered around $1.8 billion.

The lion’s share of federal funds is distributed through the state of Michigan, though local schools can receive money directly from the nation’s capital. Funds appropriated via Lansing are easier to tabulate because the expected sums are factored into the state’s budgeting process. Most of Michigan’s state-appropriated federal K-12 dollars fit into one of three major buckets.

The first major share of federal funds comes through Part A of the federal Title I program, designed to provide financial assistance to schools serving low-income students. These grants, totaling nearly a half billion dollars in 2017, are given to local districts and charter schools, based on a series of formulas aimed at providing extra dollars to schools with high concentrations of students in poverty. They are intended to supplement local and state dollars targeted for the same purpose.

Next, more than $500 million a year in federal funds are used to finance the National School Lunch Program. While designated state dollars cover a small share, the U.S. Department of Agriculture reimburses the bulk of Michigan schools’ costs for providing low-income students with free or reduced-price meals.

Third, the Individuals with Disabilities Education Act sets federal standards for serving students with recognized special learning needs. Though state and local dollars cover a majority of these costs, the U.S. Department of Education contributed $370 million in 2017 for this purpose. Michigan’s intermediate school districts also take in $110 million from the federal Medicaid program to help finance health-related services for low-income, special needs students.

Michigan schools also receive federal funding for about a dozen other purposes. This combined remaining share is smaller than the three major buckets. Dollars to enhance teacher preparation and recruitment, commonly known as Title II funds, reach all local school districts and charter schools, but are divvyed up to give extra support for schools serving students in poverty. More than $80 million of federal money allocated through the Michigan Department of Education can be used for educator professional development and mentoring, recruitment incentives or merit-based awards for teachers.

Federal money is also directed through the state in the form of School Improvement Grants which are aimed at fixing failing schools. Smaller amounts of federal funds support the learning needs of English language learners, migrant students and homeless students. Special programs focused on math and science, as well as career and technical education, are also beneficiaries of federal money.

Other federally funded grants underwrite some of the compliance costs of mandated standardized tests, as well as school-based substance abuse and violence prevention programs. A modest per-student federal subsidy is also provided to 93 rural and low-income districts and charter schools.

Federal funds have an impact on school budgets and programs. Using restricted support and targeted grants, the federal government supports programs that serve certain types of students. While federal monies still represent a small portion of total school revenue, they yield a growing impact on how schools operate. 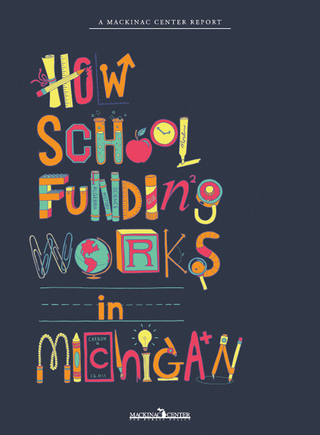