School Choice on the National Stage 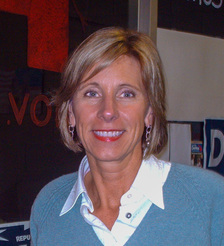 Last week’s announcement of Betsy DeVos as President-elect Trump’s pick to head the U.S. Department of Education cheered school choice supporters. That’s because DeVos, a long-time advocate of school choice, will have a bully pulpit to highlight successful choice programs around the nation.

In her own state of Michigan, an especially onerous constitutional provision prohibits voucher programs or tax credits that other states use to help children enroll in private schools. The DeVos family backed a 2000 statewide initiative to change the constitution to provide these options for some students trapped in failing public schools. But voters rejected the initiative.

Nationwide, however, the landscape has changed greatly in the years since. In 2000, only a handful of states offered voucher-like programs. This year, the number sits at 25 — half the states. Across the country, about 380,000 students receive a total of $1.83 billion in aid, distributed through vouchers, education savings accounts or tax-credit scholarships.

On the campaign trail, Donald Trump talked about shifting $20 billion of federal money to states that would expand school choice. That number would mean many more children could benefit from having more options at other schools. For now, the number is just a piece of campaign rhetoric. Any plan to redirect funds away from existing agencies and to students in schools of their own choosing would require congressional approval. The effort would also face hurdles that include rolls of red tape and complex, ingrained funding formulas.

In Michigan, nearly 10 percent of all public school revenue comes from federal government sources. The largest pots of federal education money are intended to help provide services to low-income students ($459 million in 2016-17) and those with special needs ($441 million in 2016-17). Most of those dollars are earmarked for school districts and charter schools, not families and students who need extra help.

There is a compelling case to ramp up educational opportunity now; many students cannot afford to wait. But a grand school choice program would clash with the justifiable desire to downsize the role of the federal government in education. It is true that states could use the dollars to create new ways to help students. Some would benefit from having the doors to private schools open with new money, while others would gain from their public schools having to improve to stay competitive.

That scenario would be highly appealing, especially in a state like Michigan that has strict constitutional limits that tie the hands of lawmakers who want to help. But there are also wide-ranging consequences to consider. Private schools, tutoring companies and others that take federal money could become more dependent on the regulations and whims of the federal bureaucracy. Even if the first batch of money came without strings, what guarantee is there that future administrations would continue to offer money with a loose hand?

There will be other issues for DeVos to address, such as considerations of flexibility for states in dealing with the recently passed federal education law and the department’s inclination to intervene in contentious social issues such as the bathroom wars. But a more important result of her appointment may be that it will open the door to important conversations about the best way to serve children through educational freedom.