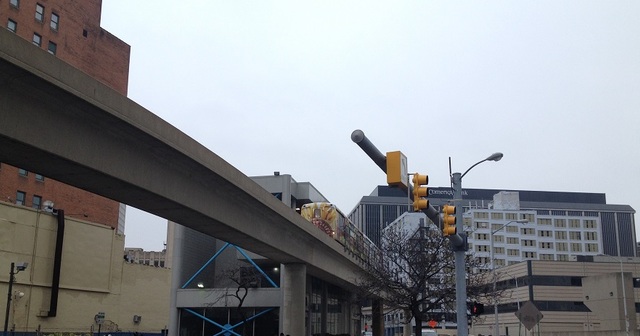 Amid everything else that happened last night, one result was an unexpected victory for public policy prudence and humility with the defeat of the 20-year millage proposal to fund mass transit expansion in Wayne, Oakland, Macomb and Washtenaw counties.

The plan put forth by the RTA of Southeastern Michigan was deeply flawed. Among other problems, it included incredible assumptions about state and federal funding levels that neither state nor federal transportation authorities would endorse. Oakland County’s deputy executive did the math and found that the plan got its tax revenue assumptions wrong by more than $500 million, while adding to the highest property tax burdens in the nation (Detroit) and state (Wayne County). Additionally, it was promoted in part through untruthful advertising that referenced nonexistent cuts to services for people with disabilities.

The entire mess was sold, as so much bad policy is, through promises of economic development. The plan’s advocates played their traditional game of “but for,” imagining companies that would have created jobs in Detroit, but for a lack of reliable transit options. Left unanswered was the question of which companies would have subjected themselves to what is arguably the worst tax and regulatory structure in terms of burden and complexity of any city in the nation … if only the buses were better.

Whether the voters’ message was received was unclear last night as the vote unfolded. “We’ll have to understand where the problems were, if it does fail, and do some reassessment and I’ll need to speak to my board and talk to our operatives to see why if it does go down where the problems were and what will we need to do differently,” RTA CEO Michael Ford told The Detroit News. “I’m not really prepared to get to that level until I know for sure. I thought it would be close, so I’m not totally surprised.”

At least one pro-RTA regional leader seems to have accepted the implications of yesterday’s vote. In an email to his members this morning, Detroit Regional Chamber CEO Sandy Baruah said, “To say we’re disappointed is an understatement. However, we respect the will of the voters and will continue to seek solutions to connect our region and provide mobility to those without access to personal vehicles.”

This is an appropriate starting point for discussions about the future of transit in the region. With the grand transit master plan dead on the side of the road and with a two-year waiting period before any future millage could be placed in front of voters, Metro Detroit’s leaders should focus on incremental and achievable improvements to transit services for the people who depend on them.

Improved coordination between the suburban SMART and city DDOT bus systems — rolled out to showcase the RTA’s value in advance of the vote — is a good starting point. Another might be to redirect the tens of millions of dollars that the Michigan Economic Development Corporation is planning to spend on subsidizing automaker R&D toward encouragement of advanced alternatives to fixed-route public transit. While it would be better if the state weren’t to spend that money at all, it’s at least an plausible purpose of government to help create solutions to a societal need such as transportation for people dependent on public services.