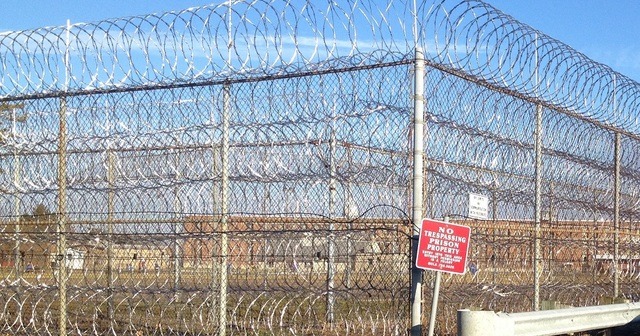 Putting Too Many People in Prison Puts Michigan at Risk

Michigan’s major cities — which have been among the most violent in the nation in recent years — saw a major drop in crime last year. Generally speaking, it is the safest time in decades to live in Michigan.

The FBI recently released the 2015 edition of its annual report, “Crime in the United States.” The report is a compilation of data that law enforcement agencies around the country voluntarily submit to FBI’s Uniform Crime Reporting Program (UCR).

According to the UCR website, 18,000 city, university, county, state, tribal and federal law enforcement agencies participate in the program, which has been collecting and publishing crime statistics since 1930.

The UCR collects data on “index” offenses, which are major crimes that include murder and some forms of manslaughter, rape, robbery, aggravated assault, burglary, larceny-theft, arson and auto theft.

The FBI reports that, after two years of decline, the national rate of violent crime increased 3.9 percent in 2015, compared to 2014. Property crimes dropped for the thirteenth consecutive year, however, declining by 2.6 percent.

Although they still have some of the highest crime rates for large cities, Detroit and Flint experienced double-digit drops in their rates of violent crime in 2015: 13 and 14 percent, respectively. Other Michigan cities of 50,000 or more residents were among the safest in the country: Rochester had the sixth-lowest violent crime rate, and Novi was 25th. The violent crime rate for the state fell by 3 percent.

This new information directly contradicts the mistaken refrain that crime is high in Michigan and on the rise. Rather, the state achieved a double-digit drop in Detroit and Flint crime rates even as prisons continued to close. (The Department of Corrections has closed or consolidated 25 facilities in the last ten years).

These trends are consistent with findings from a 2014 University of Michigan study, which finds that putting people in prison isn’t always the best solution for reducing crime. Economist Michael Mueller-Smith studied court records from Harris County, Texas, where Houston is located, to examine the effects of prison on the lives of offenders. He concluded that the benefits of incarcerating someone could be offset in the long run by increasing the likelihood that he will commit another crime after being released.

Michigan, which in 2009 had the longest average prison term of any state, stands to lose a lot by over-incarcerating our offenders. We undermine our society when we cut off offenders from their responsibilities to their families and the stability of a job. We incur large social and financial costs of additional crimes when ex-offenders recidivate. And then we add to our $2 billion-plus annual corrections bill by re-imprisoning inmates whose initial stay probably ensured that they would eventually return.

We cannot accept corrections policies that create more crime. Polling by Pew Charitable Trusts revealed that more than 80 percent of people whose families endured a crime agree with the following statement: “It does not matter whether a nonviolent offender is in prison for 18 or 24 or 30 months. What really matters is that the system does a better job of making sure that when an offender does get out, he is less likely to commit another crime.”

Economists, advocates for offenders and even victims agree: Reviewing our sentencing and release policies is a critical step towards ensuring we continue to increase our public safety and economic well-being.