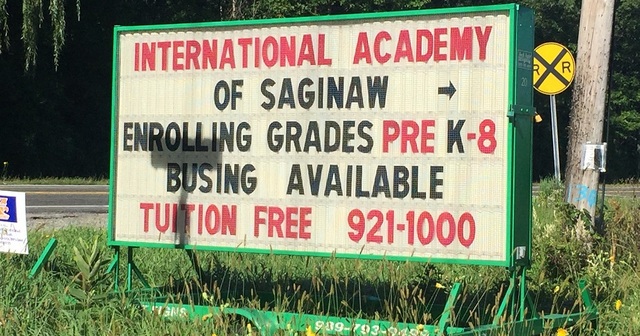 More to Charter Special Ed Gap than Meets the Eye

Charter schools, like all other public schools, cannot legally turn away children with physical, intellectual and emotional challenges. Nevertheless, the numbers reported to state officials bear out that Michigan charters — as in many other states — serve lower rates of special-needs students. A closer look reveals that blame for this apparent discrepancy cannot be placed at the feet of charter school operators.

Last month, Bridge Magazine reporter Chastity Pratt Dawson told WDET Radio host Stephen Henderson that some Detroit charters subtly turn away children with costly learning challenges by suggesting other nearby schools could better serve their needs. She raised the shortage of qualified special education instructors as a real part of the challenge.

The observations from both sources likely contain elements of truth. But without further study, they remain interesting anecdotes and thoughtful speculation that don’t advance the policy conversation in productive ways. The analysis that follows raises questions about the broad applicability of these observations, and suggests other dimensions that need to be explored.

The state of Michigan’s Center for Educational Performance and Information collects and reports a fair amount of data on special-needs student characteristics and educational services at the individual district or charter level. The most recent data cited here is from the 2015-16 school year.

(The number of students a district or charter enrolls in a specific special-needs category is not reported if fewer than five. Most students are accounted for though in the group totals. However, those with rarer diagnosis classifications may be slightly undercounted, especially in smaller charter populations. But it’s unlikely that these disparities affect the general findings.)

Michigan’s intermediate school districts directly serve only about 23,000 students, but 70 percent of them have special learning needs that qualify them for an Individualized Education Program. Combined with conventional school districts, special education students represent 13.2 percent of the population of district and intermediate school district enrollments. Charter schools serve about 149,000 students, 10.1 percent of whom have an IEP. That’s 3 percentage points lower than the district and ISD rate, a real gap but smaller than the 3.9 percentage point difference reported by the National Center for Special Education in Charter Schools from 2011-12 data.

Taking ISDs and their specialized services out of the mix, however, reduces the gap between conventional and charter schools. Not including ISD enrollments, 12.1 percent of students enrolled in district schools have IEPs, only a 2 percentage point difference with charters. Further, the gap disappears altogether with a look only at the most common and treatable conditions. Cases of learning disability, speech impairment and a category that includes attention deficit/hyperactivity disorder and conditions like asthma, epilepsy and diabetes combine for 70 percent of Michigan IEPs. These cases cover about 8.8 percent of conventional district students and 8.6 percent of charter students.

The greatest disparity can be found among students with autism, emotional disturbance, vision or hearing impairment, or other severe physical and mental handicaps. Michigan charter schools would have to double the current estimated 2,200 students served in these categories to match the rate of conventional districts.

Another enrollment disparity can be found in Wayne County, Michigan’s most populous county. There, special education students make up 13.8 percent of conventional districts, compared to only 9.1 percent for charters. In Michigan’s other 82 counties the difference shrinks to less than one percentage point: 11.9 percent for districts and just under 11 percent for charters. Outside of Wayne County, the average charter school actually enrolls a higher rate of less severe special needs students than the average district school.

Local funding and operations can explain some of the discrepancy as well. The Wayne County Regional Educational Service Agency, the ISD that covers Detroit Public Schools and 32 other districts, operates center-based programs for students with “more severe impairments.” These programs, housed only in conventional districts, receive access to millions in Act 18 local millage funding, and likely contribute to the districts enrolling more special needs students than charter schools in the county. If these programs were also operated by charter schools, their special education enrollments would be higher.

Other large ISDs — covering Kent, Oakland, Macomb and Ingham counties — do not dedicate all their local special education tax dollars to center-based programs run by local districts. And in each of these counties, the special education enrollment gap for charters is much smaller than in Wayne.

More in-depth investigation could follow along the lines of research Boston University professor Marcus Winters has done in both Denver and New York City. Winters found “remarkably similar” explanations for both cities’ special education enrollment gaps. Traditional districts tend to identify more students with learning disabilities, and fewer students with disabilities apply to enter a charter — corroborating Dr. Wood’s assessment. Winters’ research left very little room for potential charter discrimination as an explanation, and it could be the case that similar trends explain the special education enrollment gap between conventional districts and charter schools in Michigan.

Similar research in Michigan would be welcomed and may help settle this debate. Nonetheless, based on the information available on special education enrollment in this state, it appears unlikely that charter schools are systematically turning away students with special needs.