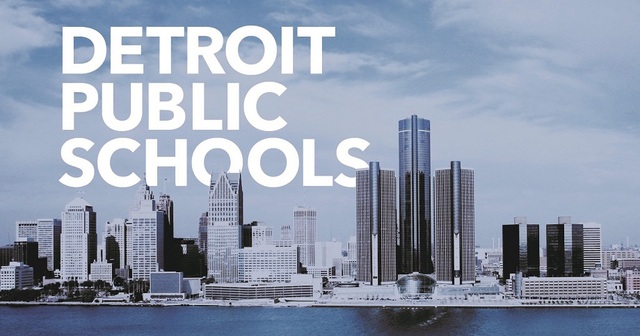 In supporting a $617 million bailout of the insolvent Detroit school district last week, Michigan House Republicans defied fierce political opposition by refusing to create a mayoral commission that could have restricted new charter schools in the city.

Before the vote, there were allegations that Detroit Mayor Mike Duggan tried a power play to pressure charter school operators within the city to sign on to the Detroit Education Commission or become irrelevant.

After House Bill 5384 was passed by a 55-53 vote, Detroit Free Press Editorial Page Editor Stephen Henderson accused House Republicans of taking money for their vote. Henderson then wrote that those politicians should be rounded up so that someone could “sew them into burlap sacks with rabid animals, and toss them into the Straits of Mackinac.”

Within the yearlong debate about how to address the looming insolvency of Detroit Public Schools, the Detroit Education Commission emerged as the biggest obstacle to an agreement.

Supporters of DPS wanted a city commission to be appointed by the mayor and given the power to restrict school location decisions, including those of charter schools that have by practice and law been independent of the school district.

While Duggan had said he wanted an even playing field for charter schools and traditional public schools, in 2014 he approved a ban on selling 77 school properties the city owned to any new charter school within a mile of an existing public school.

“There was no way we were going to trade parental choice for somebody’s version of choice,” said Rep. Tim Kelly, R-Saginaw Township. “It was never a consideration for me or several of my colleagues. We were not ever going to placate the desires of the traditional school community to corral kids or end choice for charter schools.” Kelly chairs the House School Aid Appropriations Subcommittee.

Independent researchers at Stanford University’s Center for Research on Education Outcomes (CREDO) released a 2015 study that found that students in charter schools within the city of Detroit received the equivalent of a few weeks to as much as several months of additional learning in reading and math compared to their peers at Detroit Public Schools. CREDO said that charters in Detroit should serve as a model for other communities.

Duggan reportedly held a meeting at the Manoogian Mansion in late May to try to convince some charter school authorizers to support a Detroit Education Commission. The Michigan Association of Public School Academies alleged that Duggan told authorizers in attendance, “I want you to support the DEC, and I want you to stand by my side at a press conference on Tuesday, saying you support the DEC. If you don't, you will be ‘irrelevant.’ ”

The mayor’s office didn’t respond to an email seeking comment.

Kelly said some of the motivations different groups had for supporting a commission were transparent.

“I thought it was pretty transparent from the get-go — who and what they were all about,” Kelly said.

The Senate Republicans included a Detroit Education Commission in their bill. But they are not expected to continue that effort when they vote on the House bill. Gov. Rick Snyder also supported the plan to include a commission to oversee all schools within the city.

“There was a lot of organized advocacy in favor of limiting school choice and propping up the traditional district at the expense of charters and choice,” said Gary Naeyaert, the executive director of the Great Lakes Education Project, an organization that supports school choice. “They fear that DPS can’t compete on a level playing with charter public schools and they will continue to lose enrollment. That was the primary reason to include the DEC — to protect Detroit Public Schools from competition and keep kids trapped in failing schools.”