The Evidence is Clear: State Spending on Colleges is Wasteful

The Michigan Legislature is currently debating how much more it should spend on the state’s public universities. Gov. Rick Snyder and the Senate want to spend an extra $64 million while the House wants to spend an extra $51.6 million. These amounts would increase current spending by 3.4 to 4.2 percent, which is well above inflation.

Total state spending for public universities is at $1.5 billion, though the amount each institution receives varies widely. And what are we getting for that money? Not much.

Proponents argue that more college spending means more college degrees and a better-educated citizenry, which means a more prosperous state. But that proposition is not supported by the data.

Here is a chart comparing a state government’s spending on higher education and the state’s educational attainment. The vertical axis is the percent of a state’s population with a bachelor’s degree or higher while the horizontal axis is per capita spending on colleges. If there were a correlation, the dots would move higher from the left to right. They don’t. 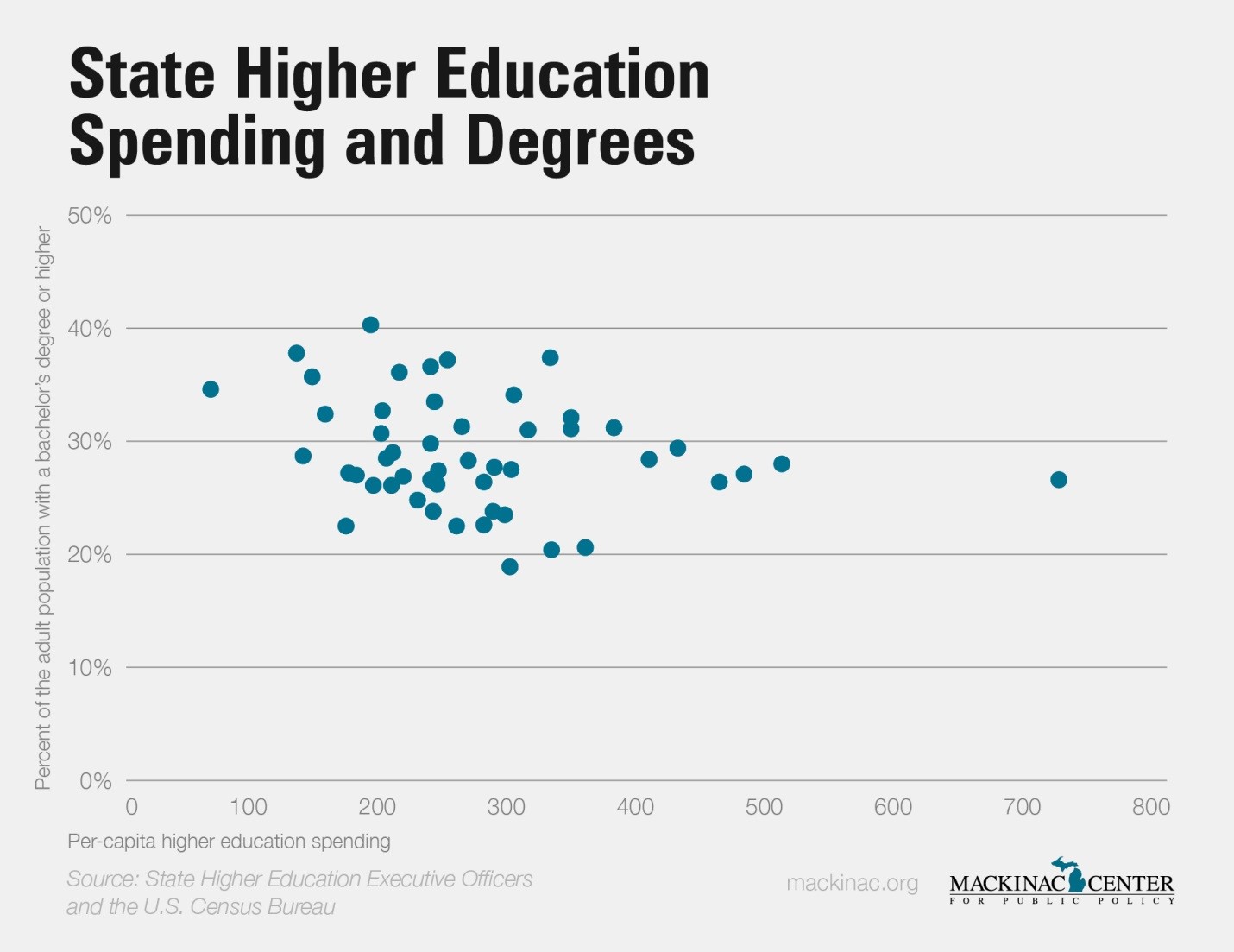 As you can see, there is no correlation. But perhaps there is an anomaly in there. What about looking at this over a longer period of time? 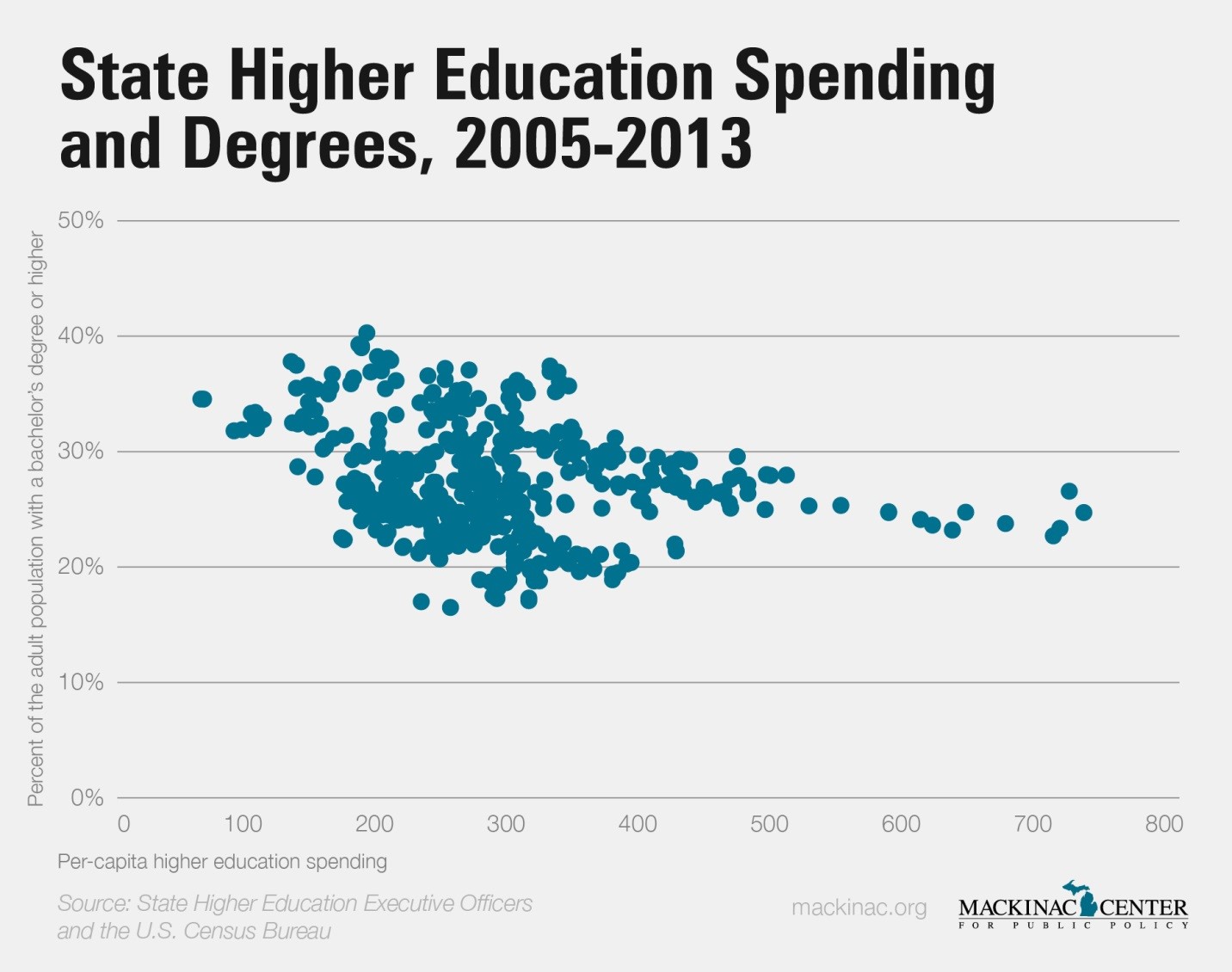 Again, a basic look at the data provides no evidence that more spending will lead to a more educated population. If anything, there is a negative relationship.

If lawmakers are interested in improving the overall education levels of its residents, then simply increasing the tax dollars given to state universities is a poor way of accomplishing the goal. The state would be better served by discussing how to reduce the level of taxpayer dollars going to state universities and using that money for something else (or letting citizens keep the money).