What’s Your Bubble? A Think Tank Checks Its Privilege 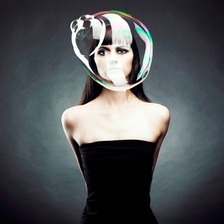 In his 2012 book, “Coming Apart,” the social scientist Charles Murray discusses an increasing economic and moral divide among Americans.

Decades ago, Murray argues, the typical American was more likely to regularly interact with people from a different social class. People were more likely to marry across classes, attend churches with those of different backgrounds and participate in civic programs together. But today, Americans are increasingly stratified across social classes and distinctly different groupings on issues like religiosity, work ethic, education, family structure and more.

To demonstrate this phenomenon, Murray developed a “bubble quiz,” which is meant to measure how isolated a relatively well-off American is today from his not-so-well-off compatriots. It asks questions about religiosity, family situations, work, housing, entertainment choices and more. The higher the score, the smaller one’s bubble (the less isolated from members of different social classes). Murray says the average bubble score in “elite enclaves” like Manhattan, Silicon Valley, Washington, D.C. and parts of Los Angeles is between 12.5 and 24.5 while the national average is 44.2.

Murray’s main point is that we are increasingly isolated from people outside of our bubble, which makes understanding other mindsets more difficult. To mitigate this limitation, Mackinac Center experts try to practice the presumption of good will. We recognize that we may not be able to completely understand the rationale for someone’s argument on a particular policy issue, so we default to assuming that these arguments are made honestly and in earnest.

But on a personal level, following in the footsteps of our friends at the Texas Public Policy Foundation, we were curious about the size of the bubbles of our staff. So we took the test collectively and averaged a 49, suggesting that the average staffer at the Mackinac Center is less isolated by social class than the average American. 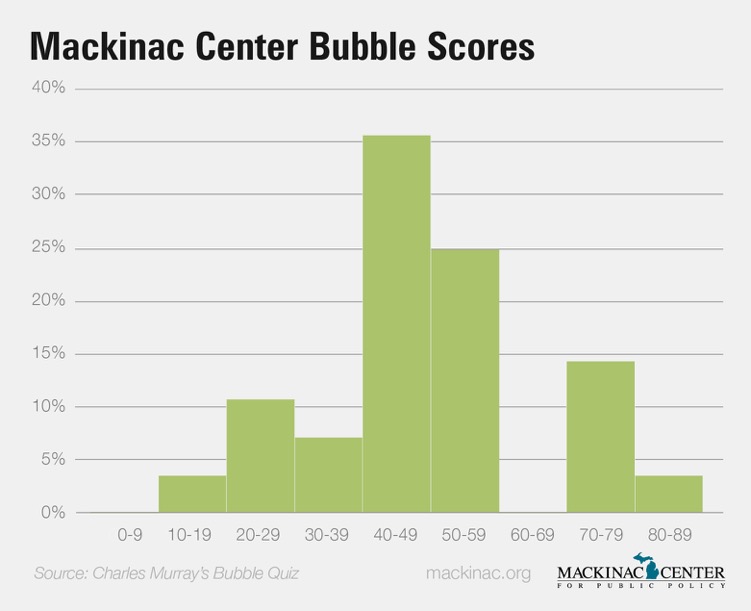 So what’s your bubble score? Take the quiz here.