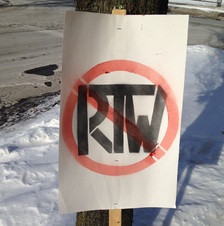 A newly-introduced bill would allow a majority of employees in a workplace to vote to force their colleagues to pay money to a union. The Detroit Free Press covers the issue here: “Bills would allow employees to vote on right-to-work.”

“If the employees are upset that they have to pay, then they can vote no,” Rep. Robert Kosowski, D-Westland, told the Freep. “It gives full authority to the union people.”

But workers already get to vote on whether or not they want to financially support a union. Under Michigan’s right-to-work law, employees have full authority to fund a union if they choose. All this bill would do is force some workers to pay money to a union against their will.