MIDLAND, MICH. — Today the West Virginia Senate finalized the bill that would make West Virginia the nation’s 26th right-to-work state, allowing workers to choose whether or not to support a union and still keep their jobs.

The bill, approved Thursday by the House of Delegates, is now headed to Gov. Earl Ray Tomblin’s desk. Though he is expected to veto this legislation that would expand workers’ rights and strengthen unions, it is widely believed that the West Virginian House and Senate have the votes to override that veto. 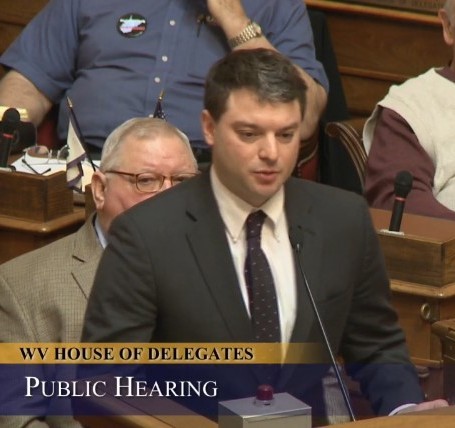 The historically blue state of West Virginia will join the ranks of Michigan — the birthplace of the UAW and state with the then 5th highest union membership rate — which became right-to-work in 2012. F. Vincent Vernuccio, director of labor policy at the Mackinac Center for Public Policy in Michigan and one of the country’s leading labor experts, said the vote constitutes a tipping point in labor reform.

“Today’s vote is much bigger than West Virginia,” Vernuccio said. “A majority of states are on their way to prohibiting unions from getting workers fired for choosing not to pay dues. The trend we’ve seen in recent years, beginning in the Midwest’s union strongholds, shows that we as a country are moving toward more freedom in the workplace.”

Vernuccio testified before the West Virginia House of Delegates last week, informing lawmakers of the economic trends in right-to-work states, and has been called on by numerous lawmakers as they’ve considered labor reform legislation. The Charleston Gazette-Mail recently published an op-ed co-authored by Vernuccio explaining how right-to-work strengthens unions, and he joined “Decision Makers” on the Charleston CBS affiliate WOWK to discuss the legislation.