Funding liabilities would cost $5,400 per capita 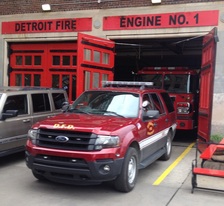 According to the Detroit Free Press, the city of Detroit must make a $195 million balloon payment to its pension systems in 2024, which is some 71 percent higher than the amount approved in city’s bankruptcy plan. New hiring, delayed pension cuts, and longer life expectancies have left the city responsible for a growing retirement-benefit liability.

Statewide, the situation is not much better. Recent financial statements for pension plans covering Michigan’s state employees, teachers and police officers indicate that those plans are underfunded by some $33 billion, an increase of about $1.5 billion over last year. Adding insult to injury, the state estimates that health and other retirement benefits for those same employees are underfunded by another $21 billion.

Taken together, that’s almost $5,400 per capita — and there is no sign of improvement on the horizon.

Not surprisingly, about 80 percent of the state’s unfunded pension liabilities have accrued in the public school employee pension plan that made no such transition. To get the situation under control, it’s time Michigan transitioned public school employees into a defined-contribution plan. The move would reduce costs, control liabilities and eliminate a number of pension-specific perverse incentives that put taxpayers at risk for unforeseen costs.