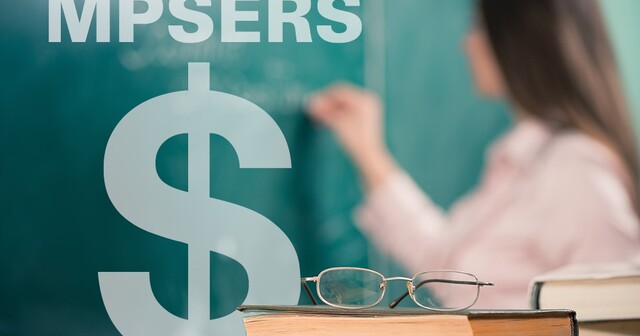 Schoolchildren, Teachers, Taxpayers Harmed When Pension Managers Assume Too Much

State law requires the managers of Michigan’s school employee retirement system to base annual pension contributions on an assumption that its investments will generate an average return of around 8 percent per year. If the actual returns don’t reliably meet or beat that level over time, it means contributions into the pension fund will be insufficient to pay for the retirement benefits of employees. The result is a long term unfunded liability that taxpayers eventually have to pay.

Michigan’s school pension system has put taxpayers on the hook for a $26.5 billion unfunded liability. The 6.5 percent return earned by its investments over the 12 months that ended June 30 means the hole got a little deeper last year.

Several state pension officials quoted in a recent MIRS News article about the shortfall noted that missing investment targets for one year is not a big deal.

They’re right, but what they didn’t mention is that this is not just a one-year problem. A 2014 auditor general report examined and found problems in some of the key assumptions used to estimate how much is needed each year to adequately fund the pension system. Failing to reach assumed investment return rates was the largest contributor to pension underfunding over the 10-year period examined.

This is hardly a surprise. Even before the 2008 recession, funding assumptions were not working to fully fund pensions. In fact, in 2003 Warren Buffett suggested that 6 percent is more realistic, and others routinely recommend 5 percent.

At their current $26.5 billion level, Michigan’s unfunded school pension liabilities are 13-times the total amount of state government debt owed to every general obligation bond holder. It’s equivalent to 88 percent of all the money the state will spend this year on schools, prisons, welfare and everything else (not including federal dollars). It would require an additional payment of $6,900 from every household in Michigan to satisfy this liability.

However, don’t expect state and school political leaders to say much about failing to meet the system’s Pollyanna funding assumptions, which were placed in statute by their predecessors in previous legislatures. Realistic assumptions would expose the entire system as an increasingly unsustainable house of cards. More to the point, current legislators would then have to find more money to cover the much higher annual contributions that better assumptions would make necessary.

The system is still a mess even with overly optimistic assumptions helping to mask the gaps. The state has only saved enough to cover 60 percent of every dollar’s worth of pension benefit that employees have earned. The underfunding has caused annual contribution rates to swell to 33.41 percent of school payroll, with 86 percent of this needed just to catch up on the past underfunding — underfunding enabled by the unrealistic assumptions.

In other words, taxpayers today are devoting more than a billion dollars each year to pay for previously earned pension benefits — money that would otherwise be available for other important needs.

To put that 33.41 percent figure in text, private-sector retirement benefits tend to cost 5 to 7 percent of payroll.

Going forward, the problem and solution are clear: Governments cannot be trusted to run a defined-benefit pension system, and Michigan’s should be wound down as quickly as possible.

For starters, that means closing the system to new employees, who would instead receive employer contributions to individual retirement savings accounts. This would contain the underfunding problem.

Unfortunately, whenever this is proposed pension managers are the first to object. In addition to downplaying missed assumptions, they bring up illusory “transition costs” as a barrier to converting.

Missing funding assumptions is a big deal and state officials should not shrug off this failure. Pension underfunding hurts taxpayers and threatens the retirement of hundreds of thousands of people. It harms schoolchildren by draining other classroom resources. The underfunding problem cannot be quickly or easily solved but the damage can be contained by not enrolling new employees in the current plan.