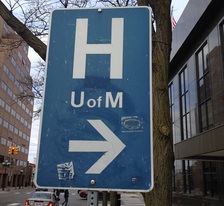 While many are familiar with the federal Affordable Care Act’s impact on small businesses, the law is also imposing hardships on public school districts. None more so than rural school districts, where low population densities and fewer insurance providers limit options for complying with the law’s employer health insurance mandate.

Faced with crippling costs, rural schools are forced to consider ways to avoid the health insurance mandate. These options include privatization, payment of the ACA employer mandate penalties, and reduction of staff size and hours.

Privatization is a hard option

Privatizing non-core services is an increasingly popular way for school districts to reduce costs. It is also a way to reduce the impact of the health care law’s employer mandate. Unfortunately for rural districts, their remoteness and lower student counts make it more difficult to take advantage of this alternative. Baraga School District Superintendent Jennifer Lynn stated in an interview that privatization was not really an option given the limited number of potential service providers in the area.

In contrast, larger urban districts have more cost-saving opportunities. Deborah Abel, president of the Pennsylvania-based Abel Personnel Inc., stated in a private interview with the Mackinac Center that, while health care is expensive, “group rates are more competitive” for districts financially capable to afford such staffing companies.

Forced to find other options, the Baraga district concluded that its best bet was to cut the work hours of more staff to fewer than thirty per week. As it stands, the ACA requires an employer to provide insurance for its employees, providing that the employer has at least 50 full-time employees.

This is not an uncommon move for districts needing to avoid the extra costs coming from this new health care mandate. Yet this places a strain on the rest of the staff.

Leaders in other Michigan districts, such as the Elkton-Pigeon-Bay Port Laker or Cass City, agreed that the mandate poses a risk to the quality of services they can provide. However, they were quick to note that they believe they have mitigated much of the harm resulting from larger classroom sizes or decreases in student support services

Accepting the risks of self-insuring

Mike Jones, director of finance at the Topeka, Kansas school districts observed in a report by a local nonprofit that having smaller staffs places rural districts at a disadvantage when it comes to insurance costs.

So despite the added risks, some school districts have chosen to self-insure. Baraga chose this alternative because of a lack of health insurance providers in the area. This option can be more cost-effective than paying premiums to an insurance company, but the costs are less predictable and the district bears a larger portion of the risks that come with unforeseen medical expenses.

Rural districts have also explored saving costs through co-ops and intergovernmental partnerships, but for a number of rural districts in Kansas this did not really solve the challenge posed by the ACA’s costly employer mandate.  In Michigan, more than 250 school districts also share support services through intermediate school districts according to a 2011 Mackinac Center study, but for reasons that have little or nothing to do with the federal health care law.

Due to a combination of low enrollment and remote locations, rural school districts may be bearing the brunt in the public sector of the ACA’s employer mandate. These districts have limited options for coping, and in many cases, compliance means they must stop providing other benefits for both students and staff.