No evidence that Michigan's program is worth the cost 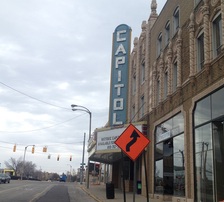 Ken Droz, former director of communications for the Michigan Film Office, responded to an op-ed I co-authored about Michigan's film incentive program. Unfortunately, he levels criticisms and makes claims without citing any facts.

The block quotes below are the assertions he makes in a MLive article, and are followed by my response:

I have seen and studied all the data published, including that much-cited Tax Foundation treatise and can tell you it consists mainly of ideology driven rhetoric and cherry picked facts to support pre-existing opinions.

There are many independent studies on film incentive programs; nearly all find negative economic effects. Dr. Robert Tannenwald, a professor at Brandeis University, reviewed the literature in 2010 for the left-leaning Center on Budget and Policy Priorities, finding “not much bang for too many bucks.”

It's true the program does not pay for itself from tax revenue generated. One major point overlooked however, is that like other public assets such as schools, state parks, and transportation — all money losers — the film incentives were not designed as a fiscal tool to create revenue.

Film incentive programs are not “public assets.” They are a transfer of wealth from taxpayers to the film industry.

[Film subsidies] benefit the state in other ways by a) stemming the massive brain drain of our youth, b) diversifying the state's economy, lessening automotive dependency, c) creating jobs, and d) enhancing tourism. And guess what? It was succeeding on every front.

Droz provides no evidence for any of these claims. Altogether, there are only about 1,500 film jobs in Michigan, according to the Bureau of Labor Statistics. Even if all of these jobs were a direct result of the program and all film employees came from other states, it would amount to a drop in the bucket for the state's economy.

[A]s conceived, the rebate percentages would come down — as they have been — as infrastructure developed and a capable indigenous workforce grew, thereby increasing revenue toward neutral status.

As I noted recently: “A few years ago, Michigan’s Senate Fiscal Agency found that the program returned only 11 cents per dollar spent to taxpayers. Louisiana spent $198.6 million and got back $27 million in tax revenue according to the state (13.6 cents per dollar spent). The Massachusetts Department of Revenue found that their incentive generated less than 14 cents on the dollar in 2012 (the latest year figures were available).”

The fact is most movies produced with incentive funds are made independently without studio backing, without which would never even get made.

This one is true, and often cited by subsidy proponents. But while there are more smaller films receiving money, the bulk of the spending from the program goes to the big studio projects. In 2014, most of Michigan’s film incentive budget ($35 million) went to Batman v. Superman. In 2013, most of the funding ($40 million) went to Oz: The Great and Powerful.

Michigan taxpayers have spent half a billion ($500,000,000) on a transient industry that takes the money and runs. With a tight budget and the need for more road funding, Michiganders can no longer afford this expensive luxury.