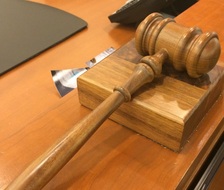 On April 8, 2015, the Michigan Supreme Court handed down an important decision upholding reforms to healthcare benefits for Michigan’s retired public school employees. Although it was specific to just healthcare, it bodes well for any future reforms to public pensions in Michigan.

In 2010, the Legislature passed a reform that was signed into law by Gov. Jennifer Granholm. This law required all current school employees to pay 3 percent of their salaries to fund health benefits for both current and future retirees. This policy contained a fatal flaw — it required current teachers to pay into a fund to benefit other teachers. The Court of Appeals struck this law down as an unconstitutional “taking” of property from certain individuals to give to other individuals. With that in mind, another reform measure was passed in 2012 which was crafted to avoid the important shortcomings of the 2010 law.

The 2012 reform, the Supreme Court recently found, was not unconstitutional, because it did not mandate a 3 percent employee contribution. Rather, it allowed teachers to contribute, or refrain from contributing, to a choice of retirement plans. If they refrained from contributing, they would accrue future pension benefits at a lower rate. The reform has no effect on benefits that have already accrued. Nevertheless, the law was challenged by the state’s two largest teachers’ unions, the Michigan Education Association and the American Federation of Teachers-Michigan.

The unions objected to the employees having to contribute anything to their own retirement health benefits — and instead sought to make the full cost of the retirement benefits fall directly on taxpayers. They wanted to duplicate the successful challenge to the 2010 reform, but the court unanimously (with the exception of the newest justice, Justice Richard H. Bernstein, who did not participate) found that the 2012 reforms passed constitutional muster, as they did not require public school employees to contribute, and it did not require a transfer of money from one group to another.

Although the justices were not called on to decide the wisdom of the reform, they did have to examine whether the retirement reforms were reasonably related to a “legitimate government purpose.” The Court answered:

“It is entirely proper for the state to seek the continuation of an important retirement benefit for its public school employees while simultaneously balancing and limiting a strained public budget. … The state is not generally constrained from modifying its own employee benefits programs to accommodate its fiscal needs.”

In describing the state’s need, the Court cited the accounting numbers produced by the state’s auditors:

With public pension systems crowding out other state spending and teetering on the edge of insolvency (or even bankruptcy, as in the case of Detroit), the Michigan Supreme Court upheld a modest pension reform, which allowed the system to start becoming better funded. And the Supreme Court showed at least one way to enact future, more meaningful, reforms without falling into the unconstitutional pitfalls that befell the 2010 reform attempt.

The case is AFT Michigan and Michigan Education Association v State of Michigan, Case No. 148748.