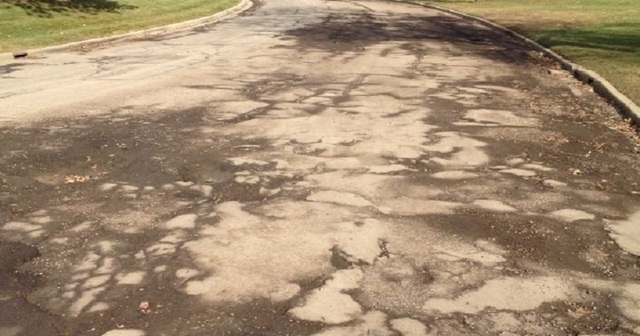 A way to fix roads without raising gas taxes

Editor's Note: On Dec. 4 the state House approved a road reform package similar to the one described below that does not raise taxes. The state Senate earlier took the opposite approach, hiking taxes by $1 billion. Now the two chambers must hammer out a compromise. Any deal should favor the House plan, which is superior.

Should the Senate insist on partially funding a road package through a tax increase, the House could demand other reforms that stabilize the state’s finances and relieve burdens on families and taxpayers. Among the reforms the House could pursue are eliminating the prevailing wage law, closing the Michigan Public School Employees Retirement System or perhaps adopting a proposal to put a Taxpayer Bill of Rights on a future ballot.

The first idea could save $224 million a year just for schools (more could be saved on road repair) and other two could save billions more in the coming years.

Every once in a while Lansing politicians give me a good reason to offer praise. House Speaker Jase Bolger, R-Marshall, has advanced a plan to fund roads without imposing new taxes or fees on Michigan families. (Editor's Note: The plan has now passed the Michigan House). These ideas deserve attention and applause.

Mackinac Center experts have pointed out repeatedly that the Legislature is right to set road repairs as a high priority, and that it should examine how to reorganize existing revenue or eliminate non-essential spending to facilitate greater infrastructure investment.

The road financing debate in Lansing is now front and center. House Republicans want to redirect $1 billion in existing state revenues to roads. Meanwhile, the Senate has already voted (23-14) to double gasoline taxes, which will be fully phased in over five years. This is expected to raise an additional $1 billion or more annually from motorists.

The differences between the plans are stark. But any compromise worked out between the chambers should favor the House.

The House plan would redirect all taxes paid at the pump to roads while simultaneously converting the gas and sales taxes into a wholesale tax (the former immediately, the latter over six years). This is prospective, meaning education and local government’s past share of the taxes would be made up with expected revenue growth.

There are two major reasons to like this proposal: it doesn’t unnecessarily raise taxes and it links a tax to the service it funds.

Michigan’s state budget exceeded a whopping $52 billion for fiscal year 2015. The state is already taking in $2.7 billion more in individual tax revenues than it did less than four years ago simply due to some policy changes and an improving economy. That makes the Senate’s proposal to take an additional $1 billion from motorists all the more troubling.

Will the Senate’s desire for more of our money be sated? Will a different tax hike – say on Internet transactions – greet us in the New Year? It’s a reasonable question.

At least the House is trying to get the state to live within its means. Linking road taxes to road spending is sound policy. It helps improve accountability because those who pay know precisely how revenues are being deployed in their service. It also becomes something more akin to a user fee for services rendered.

The House road plan, however, does have minor drawbacks. It relies on taxes imposed at the wholesale level instead of at the pump and relies on revenue growth to maintain other spending. Taxing at the wholesale level reduces the transparency of that which is paid by motorists to support the state’s transportation infrastructure. Levying the tax at the pump would remind taxpayers of government’s costs more clearly.

Another solution has been provided by Mackinac Center analysts time and again: cut spending. Just last month we released a list of 35 ideas for cutting state spending by $2.1 billion. There’s no need to wait for a recession to adopt or adapt these in part or whole.

The House plan to fund roads deserves applause for its creativity, political courage and thoughtfulness. It should be preferred to the Senate’s proposed tax hike idea should any compromise legislation be borne of the two efforts.