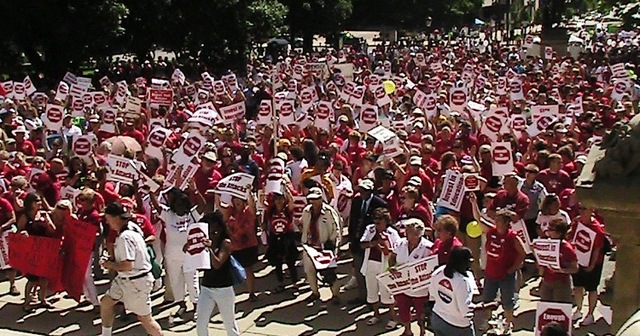 MEA is the one freeloading off of teachers

In the debate over whether or not people should be forced to pay money to unions as a condition of employment, opponents of right-to-work laws often claim that workers who exercise their rights under the law are “freeloaders.” That is, that they are taking advantage of benefits from union bargaining while not paying their “fair share.”

The Michigan Education Association, like most unions, supports collectively representing workers whether they are in the association or not because of the leverage it gives them at the bargaining table. Still, no private organization should have to provide benefits to people who aren’t paying for them.

But a look at the MEA’s just-released financial reports shows it is the union that is freeloading off of dues-paying members. According to the organization’s LM-2 form, just 11 percent of total spending goes toward “representational activities.” The majority of spending is for the salaries and benefits of the union’s central staff. The retiree pension and health care costs for the organization also have liabilities totaling about $190 million – and those costs have been skyrocketing.

In other words, the vast majority of what school employees in the state of Michigan pay as union dues go for things other than directly representing them at the bargaining table. The good news is that as contracts expire, those people now have a choice of whether they want to keep spending their money that way.