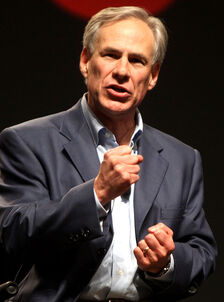 Texas Attorney General Greg Abbott, who is running for governor of that state, has rolled out a plan that would repeal a number of occupational licensing rules. These standards restrict individuals from engaging in certain commerce without permission from the state (and often include paying extra money, taking tests, and meeting other requirements).

The plan notes, “Regulation by licensure results in less competition, fewer choices, higher costs, and the potential to thwart innovation. These effects are not always visible to the consumer, but they are nonetheless built-in costs without justification in most instances.”

The National Center for Policy Analysis notes, “Of all the proposals designed to help poor and lower-income people, this one deserves major kudos. It does not involve expansion of a massive government program, and it reduces the cost to those who wish to profit from their knowledge and skills. It will also boost economic growth and tax revenue, since studies indicate that such licensing reduces job growth by 20 percent.”

According to “License to Work,” a national study on the burdens of occupational licensing from the Institute for Justice, Texas has the 17th most burdensome laws. Michigan is ranked 21st and is particularly burdensome towards moderate-income occupations. Michigan also licenses painters, barbers, lower-level contractors like those putting up gutters and laying tile, and other areas rarely licensed in other states like floor sanders, alarm installers, glaziers and other alteration contractors.

The main opposition to Abbott’s proposal comes from the groups representing industries which are being deregulated. The stated claim, of course, is that the repeal of licensing and regulatory rules would harm health and safety. This is the standard assertion, but there is little or no evidence that removing most licensing standards will cause harm — and the entrenched interests who make that claim rarely even try to show that it does.

The reality is that these organizations are looking to use government to protect their members from competition in the marketplace. But that is not a proper role of government.