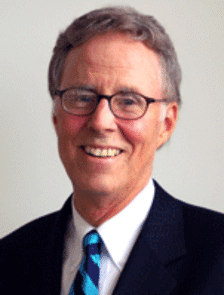 Just one out of every two entering high school freshmen manage to graduate from Pontiac Public Schools, a rate lower than the vast majority of Michigan conventional districts and charter public schools. And Pontiac's finances are just as bad as its academic performance: The district is overspending by close to $40 million per year.

Despite these failings, the Michigan Department of Education has allowed Pontiac to remain open. No Pontiac school has been closed for poor academic performance. And earlier this year, State Superintendent Michael Flanagan allowed Pontiac to take an entire decade to clean up its spending, even though state law requires districts to eliminate their deficits within two years.

These actions stand in stark contrast to the hard line Flanagan is taking on public charter schools. MDE has just announced that Flanagan is threatening to stop 11 charter public school authorizers from offering new schools:

According to MDE's press release, these charter authorizers are being targeted in part because of their schools' rankings on the state "Top-to-Bottom" list. The Center has repeatedly criticized the state ranking system for being a proxy for poverty — meaning that by using this measure, Flanagan is penalizing schools that take in students from low-income backgrounds.

And yet, even if the department prioritizes TTB rankings, it is unfairly penalizing charter schools. Some of the worst-scoring schools on the list are conventional schools. Indeed, about 50 schools have been ranked among the bottom 5 percent of Michigan schools for the past three consecutive years. Only four were charter public schools, and three of those four schools have been closed.

The best evidence suggests that unwarranted limitations on charter school growth will harm student academic outcomes. And, if authorizers are prevented from opening new charter schools, some of Michigan's most struggling students will be underserved.

Nowhere is this clearer than at Covenant House Academy, a charter school serving students struggling with homelessness, past expulsions, pregnancy or a criminal record. GVSU recently authorized Covenant House to open a school in Grand Rapids, enrolling 150 students this year.

And with GVSU's help, Covenant House Executive Director Sam Joseph is opening another school in Muskegon this fall. If the state superintendent stops allowing GVSU to authorize charter schools, he will be blocking future schools like these and the students they hope to serve.

State officials are ignoring the best evidence on Michigan charter school performance. Worse, they are specifically targeting charter schools while letting conventional districts, like Pontiac, continue to fail their students.