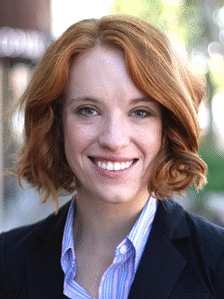 By some accounts, the Mackinac Center for Public Policy has committed terrible offenses in recent months. The most egregious, according to the Michigan Education Association, was letting teachers know that they no longer are forced to financially support their union.

Apparently, nothing is more threatening than a post card that tells teachers they have the right to choose.

But the MEA is also upset at the Mackinac Center's recent work showing that school districts and their unions appear to be ignoring state law. Michigan law requires districts to make important personnel decisions on the basis of employee performance, rather than seniority.

More than four years ago, the Michigan Legislature passed a bill that then-Gov. Jennifer Granholm signed into law requiring that individual teacher performance be a significant factor when determining pay. Unfortunately, a survey of Michigan school districts found that unions and their districts were ignoring the law. In some cases, exceptional teachers were given just $1 more for their hard work and stellar performance.

Who, exactly, are MEA officials representing when they negotiate against contract provisions that reward high-quality teachers?

Three years ago, a series of reform laws were passed that prohibited districts from making layoff and recall decisions on the basis of seniority. These laws were an attempt to stop "last in, first out" policies, which protected older teachers and forced the layoff of younger teachers, even if they were doing a better job. Again, a survey of school district contracts found that many districts and their unions appeared to be ignoring the law.

Sadly, union officials who push for seniority based decision making are prioritizing ineffective teachers over student needs. A California superior court judge just ruled that these policies protect ineffective teachers and hurt students, especially those from low-income and minority backgrounds.

Who, exactly, are MEA officials representing when they negotiate for layoff policies that only consider teacher seniority?

On June 17, upset that the Mackinac Center would dare inform teachers of their rights, the MEA wrote:

If [the Mackinac Center is] so concerned about your career, why did they make sure the recently-passed school funding plan includes options for school districts to get more money if they move to merit pay or lets districts make money if language about prohibited subjects of bargaining are gutted from your contracts? Whose interests are they really looking out for — yours or theirs?

High-performing teachers should ask the MEA the same question. Seniority based decision making protects ineffective teachers, and penalizes other, perhaps better, teachers for simply being young. In some cases, the union's pursuit of forced dues has cost teachers thousands of dollars in salary.

The MEA and the district officials it has persuaded to ignore state law should be thankful that the only penalty they will suffer is not being able to access additional funding. Few Michigan residents enjoy the luxury of being paid to simply follow the law.