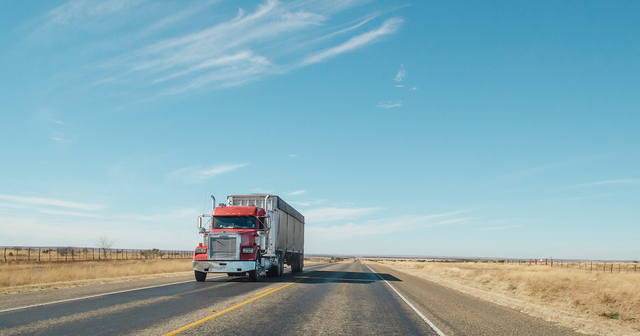 As Gov. Gretchen Whitmer takes the reins of power in Lansing, she and lawmakers will grapple with how best to set priorities in the state budget. Road infrastructure will be a top agenda item. To assist lawmakers in any quest to find more revenue for road funding, the Mackinac Center makes the following recommendation: Eliminate the state’s corporate welfare regime.

The Michigan Strategic Fund — along with its administrative arm, the Michigan Economic Development Corporation — is responsible for most of the state’s “economic development” programs. These programs are supposed to lead to jobs and wealth beyond what state bureaucrats believe would occur without their intervention. But they do not work like that. In fact, a great deal of scholarly evidence shows that their work is ineffective — and maybe even harmful. Conversely, scholarship also appears to show efficient transportation infrastructure to be a relative boon to the economy.

State and local economic development programs might be justified if they were actually very effective at job and wealth creation, but … they are not.

Policymakers seeking to redirect the state’s priorities by cutting spending on corporate welfare should start with Section 109 of our current budget. It has a handful of items, but just five of those add up to $183.6 million. (The Michigan Strategic Fund received another $57 million-plus in 2017 from Indian gaming operations, but that money is not subject to legislative appropriations.) A sixth item in Section 109, “community ventures,” is not part of the Michigan Strategic Fund, but it could be eliminated as well, saving another $4 million.

Questionable spending also resides in the Michigan Department of Transportation’s Transportation Economic Development Fund. Though not formally part of the state’s development agencies, it has contributed to larger corporate subsidy deals that were. The fund was created to support “funding highway, road, and street projects which support economic growth.” The MEDC has a say in spending some of this money — $16.7 million in fiscal year 2018 — which would be better spent on the state’s trunkline roads.

Taken together, all of this is worth more than $261 million in money that could be redirected toward a more efficient and effective transportation system. The state also might own some assets, from past economic development work, which could be redirected for one-time expenditures on roads.

State and local economic development programs might be justified if they were actually very effective at job and wealth creation, but the preponderance of direct and indirect evidence for years shows they are not. In 2018 alone, at least five major studies were published on the impact of economic development incentives. All showed incentive programs were largely ineffective.

Here in Michigan, the state’s (now defunct) high-profile incentive program was the Michigan Economic Growth Authority and it — according to state’s auditor general — offered up more than $14 billion worth of incentives during its lifetime. It was rigorously studied five times, and four of the analyses found the program to have a zero to negative impact. Unfortunately, this white elephant has not yet paid out all the obligations (to private interests) it has incurred.

Another two Michigan-specific studies were published by the Mackinac Center, involving the state’s Pure Michigan advertising campaign and its Michigan Business Development Program, in 2016 and 2018, respectively. Both studies demonstrated that the programs were a net negative, economically speaking.

Perhaps the granddaddy of all “are incentives effective?” studies was published in 2004. This review of existing academic literature was titled, “The Failure of Economic Development Incentives.” After reviewing hundreds of studies, and categorizing and summarizing their findings, the authors concluded that such programs were ineffective and suggested a different tack. Their recommendations included “providing the foundations for growth through sound fiscal practices, quality public infrastructure, and good education systems — and then letting the economy take care of itself.”

Research shows that quality transportation infrastructure and good education are both development tools of sorts in their own right. In a review of literature involving economic performance and public policy, scholar John Hood looked at more than 600 papers from peer-reviewed academic journals. He found several factors related to economic performance, with infrastructure quality (primarily transportation) showing the second-most positive link. The strongest was the much more general factor of economic freedom.

In other words, lawmakers can hit for a policy trifecta by eliminating the state’s corporate welfare complex. Doing so would remove ineffective (if not harmful) programs from the state’s toolbox while improving the quality of Michigan’s infrastructure. As a bonus, it would increase economic liberty by removing unnecessary interference in the economy. The result would be increased economic well-being.